One of the best things about the number of streaming services is movies I think would have had little chance to get made are finding an audience. If a writer or director has a passion piece within them there is now a place for them to have it seen. The other great part is these are movies that only would have played art house cinemas in larger cities. Now it is available to anyone with a subscription. Netflix has been the most aggressive about giving the go ahead to these kinds of projects. “The Trial of the Chicago 7” is one of them. 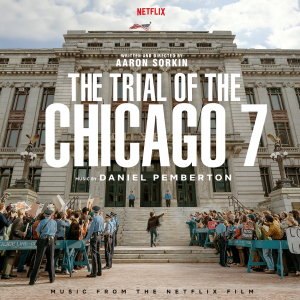 I would have watched this for one reason, Aaron Sorkin. He has one of my favorite voices in movies and tv. I find the rhythm of his dialogue effortlessly captures me more than any special effect. Not only does Mr. Sorkin write it he also directs it. He then gathered a top-notch cast of actors to play it out.

The story is based on the real-life Chicago 7. They were a group of anti-Vietnam protesters who were at the Democratic National Convention in August 1968. They were arrested for rioting during their protests. Nothing happened until after Richard Nixon was sworn in after the election that year. His Attorney General John Mitchell indicted eight of the protesters with federal crimes. The movie is about that trial.

Mr. Sorkin uses this material to comment on the importance of protest at any time. As the movie plays out the forces who are against the change being pushed by the defendants do what they must to “save” the country. That’s what they think. The Chicago 7 themselves make the equally compelling case that the very act of protest is what will “save” the country. The movie lets that struggle come to a climax as the trial proceeds.

The cast is full of great performances but there are two which are the heart of the movie. Eddie Redmayne who plays Tom Hayden and Sacha Baron Cohen who is Abbie Hoffman. The latter is brilliant as the instigator who wants to make it clear who and what he is protesting. Mr. Redmayne is the intellectual face of the same argument. Mr. Sorkin gives them the words to make it clear.

I believe this movie is going to be competing for many of the year-end movie awards and I’m glad I was able to watch it from my sofa.