There are actors I root for because I think they are decent people while also making things I like to watch. One of those is Dwayne Johnson. I’ve been impressed to see him make the successful transition from professional wrestling to action movie franchise star. It reminds me a lot of how Arnold Schwarzenegger made the same jump from bodybuilding to the movies. There is one commonality to both of their rises; a work ethic off the charts.

Mr. Johnson rose to fame as the professional wrestler known as “The Rock”. From the mid 1990’s until the 2000’s Mr. Johnson would hone this persona through the various professional wrestling promotions. By the time he would become World Champion, for the first of many times, he was one of the most popular wrestlers. 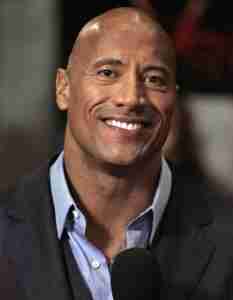 He would make the move to movies as The Scorpion King in the “Mummy” franchise, appearing in 2001 and 2002. Much as he did in wrestling Mr. Johnson made the putative villain interesting due to his charisma and screen presence. He would work consistently throughout the first decade of the new century. None of these roles would prove to be that breakout moment; until 2011.

In 2011 he joined the “Fast & Furious” franchise as agent Luke Hobbs. He would again turn the role into a part of the franchise going forward. He has just appeared in a spin-of of the series featuring his character “Hobbs & Shaw” this past summer. It seems like these appearances have taken Mr. Johnson to a new level. The last eight years have been the most successful on the silver screen for him.

Where I am really rooting for Mr. Johnson is for some writer-director to find a breakout dramatic role for him. The evidence that he can do it is in his HBO series “Ballers”. The third season saw his character return to painful memories in his hometown of LA. Over the last couple of episodes he made me think he is just one movie away from making this breakthrough.

Until then he will remain one of the most watchable action stars we have.