One of the more typical approaches to flankers it to lighten them up. The idea being that removing the stronger ingredients might allow for someone who is not appreciative of them to find a version to their liking. This month’s Round-Up looks at two of those. 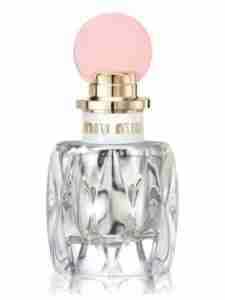 2015’s Miu Miu is a good example of why I don’t give up on mainstream fragrances. There is still space for creativity and commerce to co-exist. Miu Miu introduced most of the world to the perfume ingredient Akigalawood; an enzymatic degradation of patchouli. Perfumer Daniela Andrier has been exploring the interactions of different floral ingredients with it through each new Miu Miu flanker. With Miu Miu Fleur D’Argent we have reached the white flowers.

Fleur D’Argent opens with a lilting orange blossom. It isn’t left alone for long as tuberose and jasmine join the white flower party. There is a restrained elegance to this bouquet which Mme Andrier keeps on a tight leash. Akigalawood has a distinct peppery facet. In Fleur D’Argent it is reduced in effect because of the presence of the white flowers. That peppery part has been a deal breaker for some I’ve introduced to the original. I’ll be curious to see if they like this one better.

Dolce & Gabbana The One for Men Grey 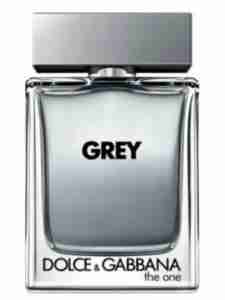 Among the mainstream releases which I think are very well done is 2008’s Dolce & Gabbana The One for Men. When I’ve recommended something available at the mall this is one which has been well-received. Perfumer Olivier Polge composed an elegant Oriental around a spine of basil, cardamom, and tobacco. It has been such a best seller the brand hasn’t really attempted to produce multiple flankers. The same is not true for Dolce & Gabbana The One. The new flanker Dolce & Gabbana The One for Men Grey goes for a different lighter effect mainly by removing the tobacco while finding a different style of herbal top accord.

Grey opens with the familiar swoosh of grapefruit and cardamom. As I lean in waiting for the basil I get a mixture of clary sage and lavandin. The entire top accord of the original is altered as the grapefruit takes more of a leading role lifting the herbs up to a higher plane. The base is also a fresher non-Oriental accord of vetiver and ambrox. Typical masculine woody accord. If the original was too heavy I think The for Men Grey is worth giving a try as it keeps much of what I liked from the original.

While I like the more full-bodied originals, in both cases. These are good versions of fresher constructs worth giving a try if you prefer that.

Disclosure: This review is based on samples provided by the manufacturers.