This month’s Flanker Round-Up I look at new releases from two masculine fragrance lines. One which has become a big seller and another which I consider to be an underappreciated mass-market gem.

The original Dior Sauvage Eau de Toilette was released in the fall of 2015. It has become one of the perennial men’s fragrance best sellers ever since. Its appeal lies in the way perfumer Francois Demachy smooshed together most of the popular masculine perfume tropes into a monolithic whole. It works because there is something to appeal to everyone. The only thing I didn’t care for was the wall of Ambrox at the end of it all. With Sauvage Parfum M. Demachy remedies that.

Sauvage Parfum is a much sweeter fragrance without having that sledgehammer of Ambrox waiting at the end. A juicy mandarin and cardamom comprise a citrus top accord which moves toward a creamy sandalwood heart. This finishes with vanilla and cedar providing twin amplifiers of the sweet and woody aspects of the sandalwood. I can see Sauvage Parfum becoming an excellent winter alternative for fans of the original. It isn’t exactly the same, but it is recognizable as a kissing cousin. 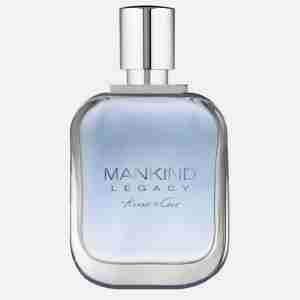 I think the Kenneth Cole Mankind series of perfumes is better than most of what is found on the men’s fragrance counter in the mall. In 2014 perfumer Claude Dir was ahead of the curve using some of the more contemporary men’s trends before they became trends. For Mankind Legacy perfumer Stephen Nilsen creates an herbal green woody fragrance.

It opens with a pairing of nutmeg and clary sage. The sweetness of the nutmeg is a nice contrast to the dry green of the sage. Baie rose and rosemary shade the herbal quality a bit deeper. A rich fir and cedar provide the woody foundation for a bridging vetiver to unite the herbs and the woods. I like Mankind Legacy as a weekend hiking kind of perfume. Almost feels like a flannel shirt should come as a gift with purchase.