This month’s round-up looks at two flankers of what I think are some of the best mainstream perfumes ever. Usually when you see “absolu” as the name on a flanker what I have come to expect is a warmer more intimate version of the original. What is interesting about both of this month’s choices is they went for the intimacy without going deeper. 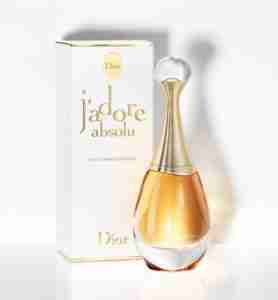 I know I’m going to sound like a broken record but her we go again with Dior and names. J’Adore was released in 1999 immediately becoming a best-seller within the fruity floral style of perfume. It is one of my all-time favorite mainstream perfumes. In the nearly twenty years since there have been multiple flankers most of them typical tweaks to the original formula. Including in 2007 J’Adore L’Absolu which was the typical absolu flanker described above. Now in 2018 they are releasing J’Adore Absolu which is one letter away from the other perfume which is still on the market. Dior seems to be a brand which excels at trying to confuse the consumer with its names. Despite this nonsense the new J’Adore Absolu is very different than any other J’Adore flanker.

In-house perfumer Francois Demachy says he wanted to create a “floral nectar” which I get. J’Adore Absolu is overall a floral dripping with honey. I found it the most sensual of any of the flankers released so far.

M. Demachy takes a set of floral absolutes as his keynotes. The J’Adore DNA is defined by jasmine, rose, and tuberose. All of those are here. The two additions are magnolia and orange blossom. Through the early moments the magnolia is out in front followed by the jasmine and rose. There is a pause while the tuberose sets up a bassline to the other florals. What makes this perfume take off is the use of orange blossom which provides a sparkle to things just before honey oozes over everything. This comes together as a bright set of sunny florals captured in viscous honey. It is intimate but not as warm as something with absolu in the title might indicate. Which makes it a uniquely good flanker. 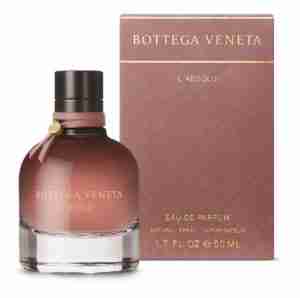 In 2011 leather goods designer Bottega Veneta entered the fragrance market with an eponymous mainstream perfume. Designed by creative director Tomas Maier and perfumer Michel Almairac it was a fragrance which captured the leather of the company fused with jasmine and patchouli. It was my favorite mainstream release of that year and remains a favorite now. Hr. Maier has gone on to oversee a coherently excellent mainstream collection of Bottega Veneta fragrances. There have been flankers but not a ton of them for each of the pillar lines for the brand. Bottega Veneta L’Absolu is just the second flanker of Bottega Veneta. These have all been correctly described as dry leather woody fragrances. I was expecting something similar but perhaps a bit less dry for a L’Absolu. M. Almairac had something else in mind creating the driest version yet for the L’Absolu.

The construction is much simpler for L’Absolu. It is stripped down to pink pepper, jasmine, leather and ambroxan. There is very little else in here. The pink pepper provides an herbal lift to the jasmine before the same delicate leather accord from the original arrives. Then using ambroxan the entire composition is dehydrated. Leaving a desiccated effect that is really compelling, only ameliorated by a pinch of vanilla and an equally small amount of patchouli. Those latter ingredients are critical to keeping L’Absolu from becoming too sharp. What is left is like looking at a leather memory book and finding a dried jasmine flower in its pages.