I probably watch too much television. It is certainly not a recent development. I have always had a love affair with the shows on television. There are life-defining moments for me that came out of the glowing screen. Which is why the first week of the new Fall TV season is always one of my favorite times of year. Prior to the internet, getting the extra-large edition of TV Guide with “Fall Preview” emblazoned upon the cover let me know there were new things coming. I would devour the issue reading about every single one of the new shows deciding which ones I wanted to try. In a few paragraphs on one page of a magazine my viewing habits for the next month would be set. There is a lot I love about being connected all the time but it has made the TV Guide Fall Preview obsolete. 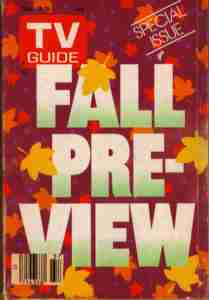 I have spent the last month of the summer watching the trailers for the shows which interest me this year.

Kiefer Sutherland is one of my favorite actors. His new show is called “Designated Survivor” where he is the only government official to survive after an attack on the State of the Union address eliminates the government. I am hopeful the show will touch on how this event impacts the country along with the difficulty of repairing the government while they deal with the conspiracy behind the attack.

One of my favorite shows as a child was “The Time Tunnel” the new series “Timeless” seems like an updated version. A group of three time travelers are chasing a villain who is bouncing through history trying to alter the future. The first episode takes place at the crash of the Hindenberg. I am hoping they don’t get tied down explaining all the time paradox stuff and just have fun ala Time Tunnel. 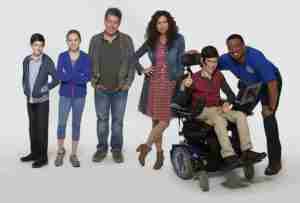 The Cast of "Speechless"

Minnie Driver is another actor I am happy to invite into my world. Her latest comedy is called “Speechless”. She is a mother looking out for her son who is disabled. Ms. Driver is a blunt object with feeling. It is a sweet show with a vicious tongue, just my thing.

I am a sucker for family dramas and it has been a while since we’ve had one. The new show “This is Us” might provide it. As story of different groups of people dealing with their day-to-day crises. It is a show with heart and that is also my thing.

Of course Netflix will premiere the latest Marvel series, “Luke Cage” along with season three of “Peaky Blinders”.

There is no TV Guide anymore but the coller days of Fall brings me nack to my TV looking to be entertained.