I spent last weekend at New York Comic-Con 2015. There is so much that I saw that I liked. The new Supergirl series looks very good based on the first episode. I also saw the first episode of the next Marvel series on Netflix “Jessica Jones”. That looks like it might be the most adult version of a comic book adaptation we could ask for. After all that I experienced over the four day of the convention it was the return of a beloved series which has stayed with me.

The X-Files was one of my favorite TV shows during the 1990’s. It told the story of FBI agents Fox Mulder and Dana Scully. Mulder believed in the paranormal and headed up the FBI section where the title of the series came from. Scully was assigned to be the cold light of logic and science in an attempt to show there was nothing behind Mulder’s suspicions. Over the first seven seasons this was a reason to stay home on Friday nights. Creator and writer Chris Carter knew how to tell a scary story. It became a big success which became a problem. Star David Duchovny who played Mulder wanted to reduce his appearances and so the final two seasons saw him in a limited role while bringing in other characters to be there on a regular basis. It was a bad idea because when Scully and Mulder were on screen together it was obvious how little chemistry there was with any of the other potential partners. The show came to an end in 2002 with about half the viewers it had at its peak. 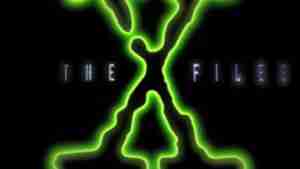 Six years later there was a final theatrical movie called “The X-Files” I Want to Believe”. That was just another example about why you don’t do something unless everyone is invested in it. The movie was lifeless. It felt less like a fond farewell and more like the house guest who has stayed too long. Ever since then there were questions about another movie but there were no plans. Then in March of this year like a bolt out of the blue came an announcement that The X-Files would be returning to television for a six-episode run with all of the original stars on board.

As a geek I live in a perpetual state of hope for projects like this. Most often I am disappointed as capturing what was once special all over again is not just a matter of reassembling the same components. As they treated us to the premiere of the first new episode of The X-Files; I was hopeful. After it was over I was elated.

The current times are perfect for a show centered on government conspiracies, alien technologies, and the supernatural. What I saw in the first episode were the two stars engaged and lively as they put these characters back on ten years after we last saw them. Gillian Anderson who plays Scully absolutely captures the feel of a woman who has walked away from The X-Files to practice medicine being pulled back in again. Mr. Duchovny also plays his character older but still with the same passion for trying to find the truth. This first episode was vintage X-Files territory tying in an apparent UFO crash in the 1950’s with alien abductions in the present day. All of it making a case for The X-Files section to re-open.

It is really hard to make something as good as it used to be simply because our memories are always more fond than the reality. Everyone involved with this new version of The X-Files has managed to find that place where they were doing their best work and put it back up on screen. If you ever watched The X-Files or never watched it tune in on January 24, 2016 there is something out there worth watching.