My disdain for celebrity perfumes is well established. There are some good ones but it is a sector mostly populated with bad fragrance. The concept behind a celebrity perfume is the person whose name is on the box is someone you like and that affection will allow you to forgive the dreck in the bottle. For too many years this has been successful. I’ll even admit when I receive a sample from a celebrity I like I hope it will be better than I think. Then there are the ones which have names of celebrities I don’t care for; those I hope are bad because my childish impulse wants them to fail at something. 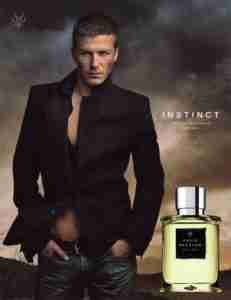 I have written in the past that I am a long-time supporter of Arsenal Football Club which means that there are some natural rivals whom I have a severe antipathy towards. One is Manchester United. From 1996-2003 the star player on those Man U teams was David Beckham. In 1999 he curled in a ridiculous goal in the FA Cup Final against Arsenal when he was able to “bend it like…..you know”. He would cause me heartburn a few more times over his career. While most of the world sees him as this elite athlete generally thought of as a nice guy; I see someone I dislike. When I saw he had decided to release a fragrance in 2005 I wanted it to be gasoline in a bottle. Unfortunately, it wasn’t. I actually liked David Beckham Instinct; darn it! 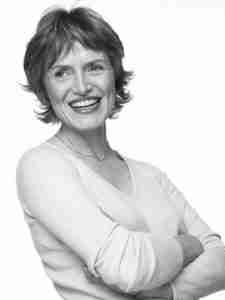 The early 2000’s was really the height of the celebrity fragrance boom. Anyone who had name recognition was going to produce a perfume. Because there was so much it is why the ones which have survived could rise above the noise. I have always surmised that the celebrity had little to do with the composition. I suspect their input was choosing between two or three finalists. The churlish part of me doesn’t want to give Mr. Beckham any credit but I have no idea his level of involvement. What I do know is perfumer Beatrice Piquet made an above average spicy citrus woody fragrance.

Instinct opens with a crisp citrus accord comprised of orange, mandarin, and bergamot. Mme Piquet then uses cardamom and star anise to provide a spicy complement. It is this interaction which starts to raise Instinct above its competitors. What seals it is the use of very green vetiver with a darker patchouli. So many masculine fragrances go for the cedar-sandalwood duo as its woody base. Mme Piquet using vetiver and patchouli provides a clear difference to other mainstream fragrances of the time.

Instinct has 8-10 hour longevity and above average sillage.

Bottles of Instinct can regularly be found for less than $20 at almost any perfume discount point of sale. Today there are more mainstream perfumes which have traveled similar paths. Instinct is still one of the better versions even after all these years. I just wish I didn’t see a soccer ball bending into the top corner of the goal every time I wear it.