I wonder how frustrating it must be as a perfume brand to always have to be compared to one perfume you released years ago. For the last ten years anytime I have reviewed a fragrance from Creed I get a bunch of messages. All of them the same. They ask me, “Is it as good as Aventus?” If I get it as a reviewer, I must believe every point of sale is asked the same thing every day. The oversized affection for Aventus has reduced all other releases to afterthoughts, which is unfair.

The brand itself tried to answer it with the 2017 release of Viking. It was a nicely executed spicy rose. Which when the inevitable question came my way, I replied it was a different, more spicy style of fragrance. In many ways it has become the underachieving sibling to its ultra-successful forerunner. It looks like they are trying again with Creed Viking Cologne. 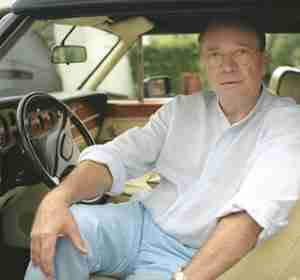 First this is an entirely different construct than the original Viking. I am not sure why they are even calling it this. There is almost no relationship to the earlier release. Second this also seems like an attempt to appeal to a younger perfume wearer who enjoys lighter styles. Olivier Creed delivers a classic citrus cologne.

The opening of this is the sunny brilliance of lemon and petitgrain. This is a rich version of this opening. It has a little more bite because the petitgrain gets precedence over the lemon. In traditional colognes what should follow is herbal. Which is what comes next through rosemary and sage. Then lavender completes the classic recipe. This is where it changes from something familiar into something Creed. A silvery frankincense coats things. Patchouli and sandalwood provide the opulent base without becoming too heavy. This is when Viking Cologne finds its own way

Let me say this; Aventus is a once in a generation perfume for Creed. It is unlikely to be supplanted anytime soon. Which doesn’t mean the other things from the brand are not worthwhile. It would be nice to see the question change from “is it as good as?” to “is it any good?” In the case of that last question in regard to Viking Cologne the answer is yes.

Disclosure: This review is based on a sample provided by Creed.