Three years ago when I wrote my review of Agonist White Lies I had an inkling that creative directors Christine and Niclas Lydeen had tired of being the odd artistic perfume. From the moment they created Agonist it was a perfume line which stood for some of the edgiest fragrances I would try. They would even be housed in equally imaginative containers. Everything about Agonist was out on the edges of what artistic perfumery stood for. I adored the line and the Lydeens. Their vision was engagingly off-kilter. Which leads back to White Lies. That perfume was the most normal they had done. I noted that in the review even wondering whether they wanted to try for something more mainstream. I just got my answer in Cra-Yon Sand Service. 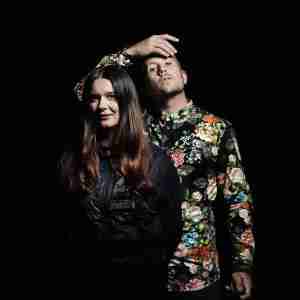 The Lydeens have released three perfumes in their debut collection for Cra-Yon. This is the antithesis of the fragrances they did for Agonist. All three are versions of well-known genres. Passport Amour is a rose, oud, amber perfume. Vanilla CEO is a citric vanilla amber. The bottles are not objets d’art. They are utilitarian containers. When I tried the first two, I was a little sad to see these creative people take such a hard turn towards the generic. Even Sand Service is not that far away from other recognizable styles. It is the only one of the three where a bit of the Agonist heritage shows for just a tiny moment.

When you go to the Cra-Yon website there is a different vibe to the way the perfumes are presented. This line has no pretensions. It wants to be a crowd-pleasing type of fragrance. Sand Service achieves it through a central axis of violet leaves, papyrus, and leather.

It is in the early stages where that previous niche aesthetic peeks out. it comes through the sharpness of the violet leaf. Supported by cardamom this is an extroverted green which is bolder than anything else I encountered in these debut releases. It is rapidly controlled via the watery green of papyrus and the powder of iris. A soft leather accord given some woody partners in sandalwood and cedar is where this closes.

Sand Service and the rest of the first Cra-Yon releases are simple fragrances at their core. The Lydeens have successfully broken out of their niche they previously inhabited. Time will tell if they can find the same pleasures in the pedestrian. Sand Service is a decent start.