I have been a sports fan all of my life. It is really segmented into two groups. My love of the professional sport comes about because. I enjoy watching athletes in a team sport perform at an elite level. The drawback to that level of sports is you are rarely surprised. The best team almost always wins. You almost always know who the best team is before the game begins. Which is why the second group is the one which provides some uncertainty which makes it unique.

The second group is major college sports in the US; especially football and basketball. In a professional setting you have the elite athletes playing on that level. In college you have those athletes too but they’re more spread out. No college team has top to bottom future professionals on their roster. It is the last place where a good player can still play the game for the love of it. This is especially true for college football. It is also what makes it so much fun to watch. 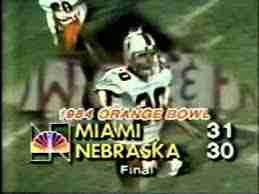 I watched my first alma mater, University of Miami, rise from an afterthought to one of the best football programs in the country. When Miami made its first big step, winning a national championship, it was hard to imagine. I remember sitting in the Orange Bowl on a late September 1979 evening watching the team make a goal line stand at the end of the game to preserve a win over a lesser division team. A little over four years later I would be back in the same stadium to watch them beat a team many thought, at the time, was the best college football team ever. A team of ragtag players who believed in themselves proved that they were better than their hyped opponents. 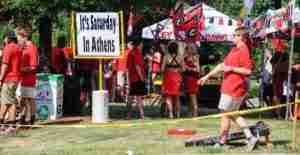 When I moved to graduate school I went to a place with a much more impressive football pedigree; The University of Georgia. While here it was where I learned of the bond between the team and the community. I learned it on day one.

I had driven from Miami to Georgia all in one day and had got to my new apartment and collapsed on the floor to sleep. Imagine my surprise when I was awakened by the sound of people outside my window the next morning. I pulled on some clothes and went out to find out what was happening. I met the Floyd family who were setting up their gameday tailgate as they had done for three generations. After introducing myself it began a tradition which existed for the entire time I was in school. Game days started with the Floyds; eventually walking to the stadium together. In Georgia families grow up on the local team and throughout the South and Midwest it is true wherever you will go. No matter what the team was going through we always entered the stadium believing they would win.

That is where I will be for the next few Saturdays. Sitting on my sofa watching with hope as Miami and Georgia enter a new year where I hope for the best. No matter what the score is, the joy is in the story being told.