I’ve written many words on this blog about the effect Davidoff Cool Water had on fragrance designed for men. I’ve received a few e-mails from women readers asking if there was a similar women’s fragrance which exemplified the fresh style for that gender. I’ve spent a lot of time thinking about it to finally arrive at a conclusion. It wasn’t the first; but it was, and continues to be, the best-selling of this style released in the mid 90’s. It is also the answer I most receive from men in their 40’s when I ask what the women in their life wear. The perfume is Clinique Happy. 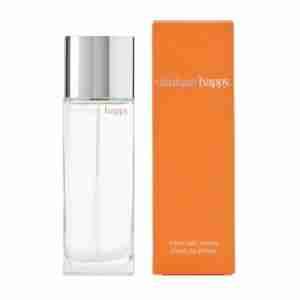 In women’s fragrances throughout the 1970’s and 80’s the trend was deep chypres and boisterous florals. It was the gender equivalent to the men’s powerhouse leathers and uber-fougeres. As the 90’s dawned the time for a course correction was due. The generation which came after the Baby Boomers, Gen X, wanted a style to call their own. Those who loved perfume also wanted to find new styles to explore. By the latter half of the decade two new styles would provide the change; fresh was one of them. 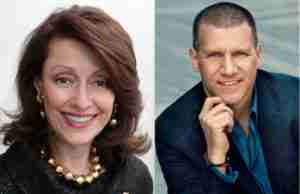 For men fresh was synonymous with aquatic. For women it wasn’t as simple. There was a large selection of fresh linen style perfumes centered around the laundry and linen musks. The style Happy fits into is the other major one, the fresh floral. It is also the first credited perfume to Rodrigo Flores-Roux who collaborated with Jean-Claude Delville. The creative team, Evelyn Lauder and Raymond Matts, was also early on in their influential term. Clinique was created by Ms. Lauder; by 1997 she became more dedicated to the fragrance part of the brand. She would work with some of the best perfumers early in their careers spotting talent before others. Mr. Matts would also become one of the most influential creative directors but at the time of Happy he was also just starting down that path. With Happy they designed a perfume which exemplifies fresh and floral. 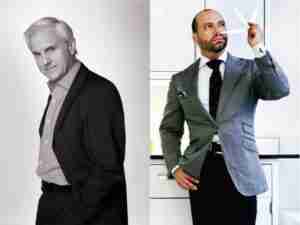 Happy opens on a, I have to say it, happy mixture of citrus. It is difficult to not smile in the early going because this is a sun-kissed grapefruit top accord. It leads to fresh jasmine scrubbed clean of indoles. This is a slightly dewy version of jasmine. It is expansive and transparent. Magnolia will eventually take the lead while retaining the same opacity. A similarly transparent synthetic wood is the final ingredient.

Happy is another of the cases where its longevity is why it is a Discount Diamonds choice. It can be purchased from 10mL rollerball up to 100mL for anywhere from $4.99- $34.99 respectively. Heading into the summer if you want something fresh to add to your holiday overnight bag Happy is as good as it gets within the style it helped start.