When it comes to fiction there is a thesis which says there are only a finite number of stories. Everything which comes from that is derivative of the original. The problem with this is there is no agreement on how many comprise the baseline. The number varies from three to twenty. Which says to me there is some flaw in the thesis. In perfumery though that might be more accurate than in prose.

What got me thinking about this is a couple of recent reviews, of a chypre and a cologne, elicited two different e-mails on how derivative they were. These are two of the oldest perfume forms there are. How different from 1917’s Chypre de Coty and Jean Marie Farina’s 1709 Eau de Cologne does it have to be? The outlines of chypre and cologne were set by those two perfumes that is why we remember them. The question becomes does everyone after just become a different form of flattering imitation? My correspondents believe that if it comes close enough then they are unworthy of being seen as original. Just as with the concept of a finite number of basic plots I believe it is what a creative team does with these forms which allows them to tell a similar story but not necessarily the same story. 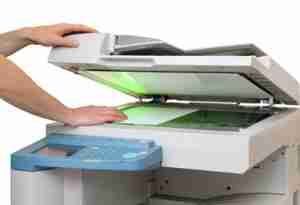 I would say that neither Chypre de Coty or Farina’s cologne would be lauded as the very best chypre or best cologne. In both cases I view them as the alpha with a lot more of the alphabet to come. The pinnacle comes when a creative team looks at these nascent forms and evolves them. The originals are still there within but the fragrance itself is different. That’s the easy case and not what my correspondents were talking about.

In both of these recent cases the question centered around whether changes have more to do with concentration changes on a classic form of chypre and cologne. If you upgrade the raw materials while making it stronger; is that different? I am more inclined to agree with my correspondents on this point. Although in the cases we were discussing I don’t agree with them that is what was going on. I feel the creative teams were going for something different and the similarity is more pronounced but not flat out copying. I absolutely see the counterpoint being offered. I just think these new perfumes did provide something different.

When I look at the classifications in Michael Edwards’ Fragrances of the World and see the entire perfume concordance broken down into fourteen categories I think perfumery is closer to living up to the thesis that there are fourteen basic olfactory stories. It is up to the creatives to make us forget that.

As much as I try in a year there always seems to be one or two which get by me until later. In 2013 one of those was Hiram Green Moon Bloom. I never really got a chance to try it until this past summer, over a year after it was released. I was very impressed with what Hiram Green did with his inaugural effort. Mr. Green after working in London perfumery, Scent Stystems, decided he wanted to make perfumes. He further decided that he wanted to eschew the synthetics he found in everything he was selling and wanted to try natural perfumery. Moon Bloom was a tuberose and it was an above average version of that floral. Mr. Green’s dedication to natural perfumery did not mean he had to compromise his artistic vision. As much as I liked his first effort his second release, Shangri-La, is much better.

Mr. Green’s inspiration was to give his interpretation of a classic chypre. The name of the perfume comes from the mythical city in the Kunlun Mountains described in James Hilton’s 1933 novel Lost Horizon. Shangri-La is described as a utopia where the denizens age so slowly as to be essentially immortal. It is also a place of quiet study and reflection. Shangri-La as a perfume is something less mannered and it feels more Indiana Jones to me than Hugh Conway. Mr. Green has constructed something more rambunctious. Shangri-La is more suited to an adventurer with a fedora and a bullwhip than a studious man.

Mr. Green wanted Shangri-La to be more similar to the alpha chypre, 1912’s Chypre de Coty by Francoise Coty. Shangri-La follows that architecture but Mr. Green makes a couple of inspired substitutions which allow Shangri-La to be its own chypre. 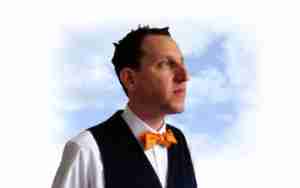 Shangri-La opens with a citrus sunburst. It is an attention getter. In M. Coty’s original formula a crisp pear accompanies the herbal notes. In Shangri-La Mr. Green uses peach and he uses a very deep peach which carries a fruity funkiness. There are times during the early moments when it feels like there is some musk present but once I really focus on it; the peach with perhaps a bit of patchouli is what I am sensing. When I am just letting the peach be itself it adds a slightly leathery animalic quality which is very nice. The heart of jasmine, iris, and rose is the same classic triptych that M. Coty used. Mr. Green pushes the jasmine more forward and he swathes it in spice. That makes the floral heart swagger a bit, as all the best adventurers do. Mr. Green’s take on the classic patchouli, oakmoss, vetiver chypre base is very well composed. In most modern chypres those three notes are mashed together in a green hash which has almost zero character. Mr. Green has studied M. Coty’s original and realized each of those notes needs to be distinct on its own to truly bring a great chypre home properly. The patchouli is used in a very minimal way and it provides connectivity between the oakmoss and vetiver. Mr. Green lets those latter two notes rise up like twin lions and tussle to see who is greenest of them all. Over the last hours of Shangri-La on my skin the victor seems to change every so often.

Shangri-La has 12-14 hour longevity and above average sillage. This is remarkable for a natural perfume to have quite the level of both of these.

Shangri-La is a much more assured composition than Moon Bloom. Mr. Green shows a keen intelligence in the way he de-constructed M. Coty’s original and then re-constructed it as Shangri-La. There is not a clumsy step anywhere in this perfume; even while running across a plank bridge over a river gorge. If you’re up for a perfumed adventure follow HG into The Temple of Chypre, Shangri-La awaits.