I read a lot of books with an innocent who is thrust into a battle between good and evil. It is the very essence of an elevator pitch for lots of fantasy sci-fi novels. There is nothing wrong with a formula like that because the best authors can add their own inspiration. One of the pieces of this is generally our innocent hero gets the heck kicked out of them before their final victory. As an example think of all the torturous things which happen to Harry Potter. All the stories usually do an epilogue which lets you know our protagonist is okay. But does that make sense? Shouldn’t they carry the scars of the battle? The novel “Chosen Ones” by Veronica Roth asks that question. 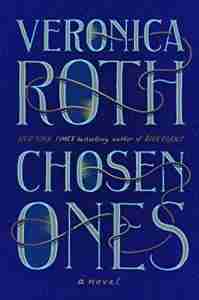 Ms. Roth is the author of the very popular Young Adult series, Divergent. Chosen Ones is her first “adult” novel. There are definitely more mature themes in this latest work but the plot springs from asking what happens after you save the world.

In the case of Chosen Ones a team of five superpowered heroes defeated the Dark One ten years ago. How the members of the team have fared with the attendant celebrity and emotional traumas is where the novel takes off.

Ms. Roth uses flashbacks, news clippings, and e-mails between their handlers to help the reader understand the threat they took down as well as where they are now. The first section of the book is centered on how you even try to live a normal life after your experiences. Most of the story comes through the perspective of Sloane. She lives with another of the Chosen Ones. It moves slowly at the pace of normalcy as each cope with daily life.

When they gather to celebrate the tenth anniversary of the defeat of the Dark One things begin to move in a more traditional direction as they face a new villain. I was sorry to see it go this way so quickly because I really enjoyed the way each of the five Chosen Ones had dealt with their situation. For the final half of the book it is another lower stakes battle.

Ms. Roth has said this is the beginning of a series so I’m hopeful we get more of the mundane and less of the supernatural. It is when things are situated in coping with the day-to-day that the specialness of the Chosen Ones really shines.

Disclosure: I purchased a copy of this book.