For all of the recent success of the fragrance side of Chloe there is a great history of the brand which begins back in 1975. That was when Karl Lagerfeld was the creative director for the designer. He wanted to have a fragrance as part of the collection. He worked with perfumer Betty Busse to produce a blowsy chypre-ish tuberose powerhouse. It was a creature of its era. I imagine if I asked any younger perfume lover to try it, they would see me as a decade older than I am. I hadn’t thought about it until I received my sample of Chloe Tuberosa 1974.

I am a bit confused about the perfumer behind Tuberosa 1974. It is listed as Betty Busse who did the original Chloe I spoke of above. She hasn’t done a perfume that I can find attributed to her in this century. Which makes me wonder about where Tuberosa 1974 came from. 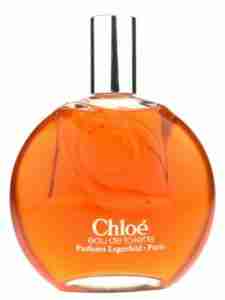 I have a hypothesis. When you are watching one of the house fixer-upper shows the successful people look at a crumbing house and see a sturdy foundation. They will sometimes say a house has “good bones” which means it just needs some TLC. I am thinking Tuberosa 1974 represents Mme Busse’s good bones for her original.

Tuberosa 1974 is one of three new releases in the L’Atelier des Fleurs collection. It began in 2019 as a collection of soliflores meant to be combined. The cynicism of this type of fragrance salesmanship is irritating to me. Of the first releases I was drawn to the only one which could stand on its own. I would say they have evolved in their thinking as this year’s set of three isn’t as lacking in character. Quentin Bisch does a rich version of Vanilla Planifolia and Alexis Dadier makes a smoky version of Papyrus. I like them because they chose to do more. What got me most interested in Tuberosa 1974 is because it was doing less than the original Chloe.

Continuing my conjecture it seems to me like Tuberosa 1974 was the spine upon which the original Chloe was built. It is a simple 1-2-3 development of spiced citrus into tuberose followed by oakmoss. All the foundational elements are present but left on their own they show a contemporary beauty I found unexpected. The citrus is given presence through cinnamon. The tuberose is given space to breathe but not so much that it becomes overpowering. The lush mossy green of the base note hearkens back to that chypre-ish original.

I have no idea whether any of my suppositions carry a grain of truth. What I can say is Tuberosa 1974 is a version of that venerable white flower which today’s perfume lover will enjoy because it has good bones.

Disclosure: this review is based on a sample I received from Nordstrom.