Bruno Fazzolari Au Dela is a modern chypre inspired by the music of French composer Olivier Messaien. Specifically Mr. Fazzolari based it on the Fifth Movement of M. Massaien’s last work “Eclairs sur L’Au Dela” (Flashes of the Beyond). This movement is the only soft dreamy movement within the work everything else is full of percussion and flash. Only here are you expected to linger and smell the roses. The perfume based on this also asks you to let it develop in a less flashy way. It asks you to take it in as it fully forms a chypre on your skin. 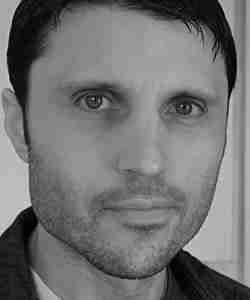 Au Dela opens on an herbal shot of coriander with a bit of bergamot. For the first few minutes it is all about the coriander. The heart is all white flowers neroli, orange flowers, and jasmine. I love indoles and white flowers can have a lot or a little and usually a perfumer picks one side of the coin and works from there. Mr. Fazzolari stakes out a more difficult middle ground where he domesticates the snarling ferocity of the indoles into something docile. They have an unusual luminosity to them made even more brilliant by the floralcy that goes with them. As I wore Au Dela many times I expected the indoles to slip the leash and start growling but they never do, they stayed perfectly behaved. Mr. Fazzolari trots out the oakmoss and amber to provide the traditional chypre basics. Because he is independent this is the real stuff and it is glorious in its depth. It creates a platform upon which the white flowers rest to complete the chypre picture. Au Dela has 10-12 hour longevity and above average sillage. 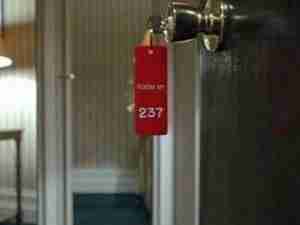 From Stanley Kubrick's The Shining

Mr. Fazzolari’s newest release is Room 237. If you are a fan of the Stanley Kubrick movie “The Shining” then you get the reference. For those who aren’t, a quick summary. A family is left to be caretaker of a Rocky Mountain summer resort over the long winter. The hotel is called The Overlook and the young son in the family, who has psychic powers, is warned by the cook before he leaves not to go into Room 237. It wouldn’t be a horror movie if everyone in the family didn’t eventually end up in Room 237 at some point. One of the hallmarks of The Shining was Mr. Kubrick’s almost glacial pace at building up to a jolt. No sawing violins to denote the impending terror here it is all seen through the eyes of the protagonists. Room 237 as a perfume is meant to capture that sense of opening doors into dangerous forbidden places. As a result Room 237 is a perfume that is going to deeply unsettle some and others are fearlessly going to turn the key and enter. Follow me as I take you inside.

As we turn the key on the door a mix of angelica, fleabane, and tarragon form a weird accord. It has a sort of miasmic shifting quality as the fleabane and the tarragon have off-center herbal characteristics and the angelica is the only normal kind of note. You can feel the hair on the back of your neck rise as we push into the room. There is a woman stepping out of bath she carries a fresh washed skin smell courtesy of oppoponax and olibanum. She also carries an aura which seems like decomposing wood along with the cleanliness which comes from costus. We should run now but we stand transfixed as she beckons us closer. In the mirror we see she has been in the water too long as flesh sloughs off her back. As we get close she wraps us up, too tightly, in the plastic shower curtain as we are enveloped in it. Mr. Fazzolari has created a powerful plastic accord reminiscent of freshly unpacked shower curtain and it dominates the final part of the development of Room 237. I know my fanciful story might make you wary of Room 237 and in less prosaic terms it really is Mr. Fazzolari working on a perfume which is meant to be emotionally provocative. If you’re willing to go along for the ride you will have a singular experience which only an independent perfumer can provide. Room 237 has 8-10 hour longevity and average sillage.

All four of the fragrances I tried by Mr. Fazzolari show a perfumer inspired by art, music, and film. They show a perfumer who can comfort and discombobulate. They show an artist who is fearlessly exploring all that perfume can attempt to communicate. If you haven’t already look these perfumes up they are exquisite examples of one man’s vision.

Disclosure: This review was based on samples provided by Bruno Fazzolari.