When I write my pieces, there are times when the final thoughts come together so easily. Then there are times like it seems like I can’t string two coherent sentences together to form a concluding paragraph. Mary Poppins “well begun is half done” is an axiom which still means the remaining half might require some effort. I think there are several independent perfumers who are serial good beginners but have difficulty on the path to the finish. The latest release from Bogue, NOUN, is an example of this.

Bogue is the brand of independent perfumer Antonio Gardoni. He has approached perfume from a self-taught mixture of analysis and inspiration. When it comes together in releases like MAAI or Aeon 001 all the concepts flow together in a compelling current of creativity. Last year with the release of MEM the lavender beginning was brilliant only to get caught up in a floral traffic jam on the way to the finish. NOUN suffers from some of the finishing problems evident in MEM but it navigates the traffic more smoothly. 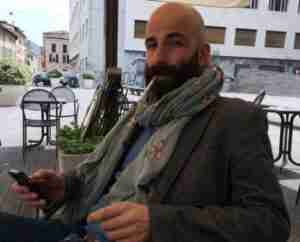 Sig. Gardoni has been redefining the thought of gourmand being a sweet perfume ever since his collaboration with Bruno Fazzolari on Cadavre Exquis. He is working diligently to show that the savory notes existent in perfume are also edible and can also be delightful.

Sig. Gardoni has developed a near-signature set of accords which populate NOUN. Early on a mixture of citrus of which yuzu sticks out the most is coated in benzoin to create a trapped in resin effect to the fruit. It creates a barrier between the citrus which also attenuates it. Then Sig. Gardoni layers in herbs, a lot of them. According to the description on Luckyscent it as a proprietary blend of Sig. Gardoni’s. In the early moments as it builds in the foodie notes of rosemary, basil, and mint form a fascinating counterpoint to the benzoin. Then the herbal traffic starts to build and there is the beginning of the same effect which I was not fond of in MEM. Just as I am on the verge of wanting to look for an exit to get off this freeway NOUN finally shifts gears with a bit of a clunk as patchouli and incense build in to take this into a different less crowded direction. The herbs get moving with more support and it becomes like a great spice mélange. It all comes to an end on a set of complimentary woods focused on sandalwood.

NOUN is not as seamless as the best of the perfumes Sig. Gardoni has made. Especially throughout the middle part of the development there are times the gears never mesh, and you can hear the grinding of the effort Sig. Gardoni is going through to get to the next phase. I think it is worth the effort to stay with Sig. Gardoni as when he finally gets NOUN up to speed he finds the right conclusion.