I suspect most every Baby Boomer who listened to rock and roll in the 1960’s and 70’s had the same conversation at some point. You would be listening to an album. A parent would walk by and ask you to turn down the noise. You would respond that it isn’t noise. Which then got the discussion ender, “that type of music isn’t going to last”. I wonder how long our parents would consider “lasting” to be? I am betting 50 years might be a benchmark. Just this past week one of the greatest albums of all-time turned 50, Blue by Joni Mitchell. 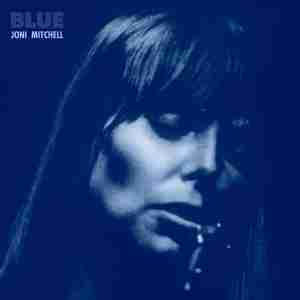 One of the things about the early days of rock and roll was there were no rules to follow. The first artists were creating the landscape the future would build upon. One of the more popular genres of music at the end of the 60’s was folk music. There were a group of artists who worked together and inspired each other. Joni Mitchell was in the center of it all. in subsequent interviews and rock biographies I have read she was described as a muse to many of her contemporaries. She was also in relationships with many of them. She had released three prior albums before 1971. She was the prototype of what we call a singer-songwriter today.

All her songs told stories. She drew you in with her voice and lyrics. As she was developing Blue throughout the year of 1970 music became the way she confronted her life. By the time Blue was released in 1971 it was the first “break-up” album ever released. Ms. Mitchell would write songs about her relationships with Graham Nash and James Taylor. Each song displayed a genuine emotion.

This was another part of this early era. The artists were less guarded about revealing their feelings on record. Ms. Mitchell was perhaps one of the most unflinchingly honest of them all. Which is what makes Blue the great music that it is.

I wouldn’t discover Ms. Mitchell until I was in high school. Mainly because a few of my friends would sing her songs. Even through an untrained voice her lyrics rang true. She was two albums past Blue when I picked up all six of her first LPs. Over the next week I became a fan with Blue being the album I played most. Even today it is my most played Joni Mitchell on my iTunes list.

Whenever I listen to the original artists who made rock and roll, I often think to myself, “has it lasted?” Blue has certainly stood the test of time for the classic piece of musical artistry that it is.