Now that I’ve been writing at Colognoisseur for over four years my readership has settled at a number I am happy to have. Which means starting two weeks ago I woke up to an alert on Tuesday morning telling me that daily traffic had spiked. Usually I know when something I’ve written might provoke interest but there wasn’t anything I thought could’ve done that. I stayed mystified for a week and then it happened again on Tuesday morning. This time my readers clued me in to what was going on. 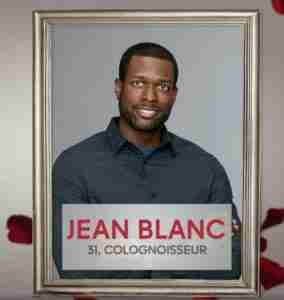 I got a couple dozen e-mails asking if I had seen the contestant on ABC’s The Bachelorette who was identified as a Colognoisseur. I hadn’t but you bet I called it up on my cable box and watched. What I found was Jean-Blanc, 31, Colognoisseur displayed under a stylish young guy. To say I was curious is an understatement. Who is this other Colognoisseur? And does he deserve the title. In the run-up to last week’s first episode Glamour magazine posted a video asking questions of what a few of the men were taking with them. True to being a Colognoisseur Jean-Blanc showed off the four perfumes he was taking with him. He has some cologne cred but his choices were so typical of what guys his age wear I have to wonder in his over 250+ bottle collection if he couldn’t have made some different choices. For fun I’m going to take on the now more famous Colognoisseur in an analysis and my opinion on other choices he might have made based on things I suspect are in his collection.

As Michael Buffer would say “Let’s Get Ready to Ruuuuumble!”

Tale of the Tape

The first fragrance Jean-Blanc chose for his time on The Bachelorette is Creed Aventus. Ever since its release it has become akin to the mythical love potion no. 9 among those who use fragrance as part of their wardrobe. I love Aventus, too. While I believe The Bachelorette probably has not encountered many guys wearing Aventus there are some alternatives this Colognoisseur thinks might have been better choices. I have to believe Jean-Blanc has some Tom Ford Private Blends and as you’ll see in the other three choices all of them tilt towards the fresh. I think something like Tobacco Vanille or Tuscan Leather would have added both variety without reducing the seduction value.

Fragrance number two is Bleu de Chanel. This is a really solid choice because it is so versatile. It can be used in all situations which Jean-Blanc is likely to find himself in on his time in the show. The only drawback is this is something I am betting The Bachelorette has smelled on a few guys. Bleu de Chanel is the best-selling men’s perfume in the US since its release. It’s like saying you love music and then put on Taylor Swift. C’mon a Colognoisseur should be able to do better. This is where the Creed should have shown up in Green Irish Tweed. Every bit as versatile and less common.

Fragrance number three Dior Homme. My favorite of his four choices going with one of the best mainstream floral masculine perfumes available. This is the one I think has the best chance to make an impression of Jean-Blanc as someone who has something more to him. Even so I still have an alternative Caron pour Un Homme. This is also another masculine floral classic trading lavender for the iris of Dior Homme.

Fragrance number four was where I felt like Jean-Blanc let me down with L’Homme de Yves Saint Laurent. It is so generic. I know any Colognoisseur like Jean-Blanc has to have some of the Thierry Mugler A-Men flankers in his wardrobe. I would think the recent A-Men Pure Tonka could have had The Bachelorette asking, “something smells good!” and Jean-Blanc smiling in response.

I am rooting for my fellow Colognoisseur to go far and win the heart and nose of The Bachelorette. If he doesn’t I at least have to thank him for sending new readers my way.

Back when Bleu de Chanel Eau de Toilette was released in 2010 I wrote on CaFleureBon, “Bleu de Chanel is very likely going to be a huge commercial fragrance and make a lot of money.” It doesn’t prove any prescience on my part to state that. It has become true because then in-house perfumer Jacques Polge created a fragrance consisting of building blocks which represented the greatest hits of masculine perfume trends. As I also wrote in that review if I judged Bleu de Chanel on a scale of innovation it fails. If I judged it on the ability to be more generally pleasing to a large swath of consumers it succeeds. Time has proven that, as ever since its release it has been one of the best-selling masculine perfumes in the world.

Chanel has been protective of its brand over the past eight years only releasing one flanker, an Eau de Parfum strength version in 2014. That was also overseen by Jacques Polge in one of his last releases before retiring from Chanel. In that release it seems like the intent was to amplify the cedar heart while mellowing it a bit with amber leaving most of the rest of the architecture in place. When talking with others I facetiously call it Cedre de Chanel. I could see the appeal to those who are more attracted to clean woods over fresh citrus and ginger accords. From a consumer perspective it was successful if not quite as much as the original. 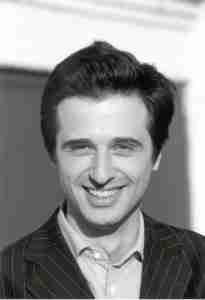 Now for 2018 we have the second flanker, Bleu de Chanel Parfum, another increase in strength. There is also another change which made me interested as Olivier Polge has taken over from his father as in-house perfumer. M. Polge’s freshening up of the Chanel aesthetic without becoming boring has been a success story I have enjoyed following. I was curious to see how he would approach Bleu de Chanel Parfum. The answer was he followed the old maxim, “If it ain’t broke don’t fix it.”

What that means about the fragrance is if the Eau de Toilette was all about the fresh opening. Followed by the Eau de Parfum’s focus on the cedar heart. Then Parfum amplifies the sandalwood in the base.

Bleu de Chanel opens with a much-attenuated fresh citrus almost like the sun setting. It is dialed way back from the original. Still enough to be recognizable. The amber heart captures that last bit of warmth before the sandalwood comes forward and dominates. The cedar is there to provide a bit of the clean contrast but this comes off more like something I could call Santal de Chanel.

I realize if I did call this Santal de Chanel I am forgetting one of the greatest sandalwood perfumes ever; Chanel Bois des Iles. That is a perfect counterpoint when I say there is artistry versus populism. Bleu de Chanel Parfum is the latter. It is like providing three versions of a similar perfume and allowing the consumer to choose which part they prefer. I return to my original judgement from my review of the original. This is a great choice for the man who wants a single bottle of perfume on his dresser. Now he has a choice to go Fresh (Eau de Toilette), Clean (Eau de Parfum), or Woody (Parfum). There is a reason these are greatest hits of masculine perfume and having three different strengths does nothing to change that.

Disclosure: This review is based on a sample provided by Chanel.