During Sniffapalooza Fall Ball 2015 I met a young independent perfumer from Vermont named Beckie Sheloske. At that time she was collaborating with a friend on a new line of perfume. What I found interesting about Ms. Sheloske was her ability to work outside the typical independent perfumer’s palette. I expected to hear more from her because of her distinct style of composition. Then I didn’t. Until earlier this year when I was contacted by, Serena Rogers, the creative director of a new brand, Curata. I found that Ms. Sheloske had collaborated with her on the brand’s first perfume Dulceo. 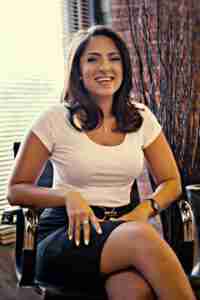 Ms. Rogers wants Curata to be a brand which represents “sustainable luxury”. A part of that is to create products which exemplify the second word in that. The idea that if something is compellingly rich enough the other word carries meaning, too. When working with botanical products one of the difficult aspects of finding that luxury tipping point is having enough depth to a perfume. Most botanical perfumes are only a few layers deep. The best botanical perfumes have sustainability in an artistic aesthetic which finds something more. That is what I found with Dulceo. 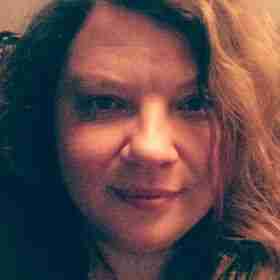 Dulceo fits squarely within the current trend of floral gourmands. Where it parts ways is in the transparent part which has become so prevalent in the commercial versions of this style. This is no wispy veil; it is perfume which wants you to notice it. Ms. Sheloske again uses alternative ingredients over what might have been “obvious” even in an all-botanical setting. For Dulceo it is in those selections where it soars.

The top accord is tropical fruits of orange and guava bound together with neroli and palmarosa. That last ingredient is what I am talking about when I say Ms. Sheloske works off a different palette. Palmarosa has a very green effect it complements the green within neroli with more strength. Those two notes support the orange and guava to form a tropical accord that is not insipid. Ms. Sheloske shows the same skill at balancing jasmine, frangipani, cassie flower, and tuberose in the heart. You can read that list and expect white flower power on the way. Ms. Sheloske instead blends them together in a perfumed lei which forms a luminous whole. I particularly like the way she manages the indolic nature of her ingredients. She doesn’t scrub them clean, but she does find a way to make them purr instead of growl. Then we get to the gourmand base. When I saw the name Dulceo my mind went to the caramel sauce “dulce de leche” used in Latin American cooking. It is a lighter version of caramel. Ms. Sheloske also uses a lighter version of caramel in the base. Where she adds remarkable depth is in the addition of cocoa to the caramel. Cocoa usually has this nature of dustiness when used. Ms. Sheloske finds a way to make it lusher through adding vanilla. When this comes together it forms a delicious gooey candy accord.

As an introduction to a new brand Ms. Rogers has lived up to her desire for sustainable luxury in Dulceo. As a re-introduction to Ms. Sheloske I hope I am not waiting four more years before trying another perfume from her; it is just too long. If you are looking for an all-botanical floral gourmand with depth; Dulceo is where you should be searching.

Disclosure: This review is based on a sample provided by Curata.

There are many fragrances inspired by rock and roll. Many of them try and capture the music or the artist. The new independent brand Rebel Intuitive took a different tack. Art director Katy Knuth and perfumer Beckie Sheloske were inspired by the story of model Anita Pallenberg and her time with the Rolling Stones. This would be the seed from which the perfume Grace at 67th would spring. 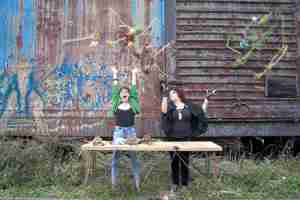 Ms. Pallenberg was the companion for The Rolling Stones from 1967-1980. She started off as the girlfriend of Brian Jones before moving on to become the partner of Keith Richards. This is not the story of a groupie as Ms. Pallenberg was much more than that. She was the muse for the band as her opinion was valued and sought out. Grace at 67th is meant to capture the moments when the lights are off and inspiration comes from each other. 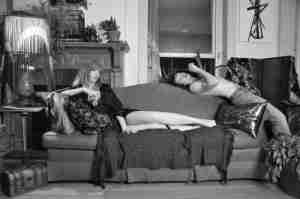 Ms. Knuth and Ms. Sheloske spoke at the recent Sniffapalooza Fall Ball and their creative process is quite interesting. The two of them have the typical give and take between a creative director and perfumer but then instead of evaluators they invite their friends to a session they call “Rebel Smells”. Here they give a perfume they are working on to friends and ask them to describe it in any way they would like. This gives the creatives the opportunity to see if they are achieving the desired effect. For Grace at 67th that effect seemed to be to capture the moment where inspiration and creativity result in something real.

To capture the moment of all-consuming effort Ms. Sheloske uses a couple of florals to capture the beauty and the razor’s edge of entropy occurring at once. Narcissus is that heady moment of success. Costus provides the decay of the genesis of an idea perhaps getting away from you. In the end Grace at 67th is the result of a concept made concrete matched with the satisfaction that goes with it.

As the session begins Ms. Sheloske opens with an herbal triad of basil, sage, and tarragon. These notes radiate a spiky kinetic vibe. That moment when you just have to get that concept out in the open. Neroli represents the muse in the room. The soft floral strolls through capturing the wearer’s attention. Violet leaf reminds you that the creative juices are flowing as it adds a sharper green counterpoint. It all coalesces into the eureka moment as narcotic narcissus rides over it all in a pleasant wave. The base is trying to pull it all together but the sweetly decaying floralcy of costus is a warning of the precarious nature of creation. Ms. Sheloske’s choice to use costus here is very interesting. It works as the slightly dirty nature inherent within provides the humanity underneath it all. It gets reinforced with the botanical musk of ambrette seed. Myrrh provides the satisfied hum of a successful collaboration.

Grace at 67th has 6-8 hour longevity and very little sillage.

I like the decisions made by Ms. Knuth and Ms. Sheloskie to look for the moments in-between for their rock and roll inspiration. Grace at 67th evokes the moments between the spotlights where the music really lives.

Disclosure: This review was based on a sample provided by Rebel Intuitive at sniffapalooza Fall Ball 2015.