It is rare that I am excited to try a new designer perfume. Yet there are still some designer names which make me sit up and take notice. Azzedine Alaia would be one of those names. Everything he does he does to his own beat. He shuns the Fashion Week traveling circus to show his collections when he is ready to show them. He had dismissed the need for a designer to add extensive accessories collections and perfume to their lines. I never expected there to be an Azzedine Alaia perfume, ever. Then in May I received a press release announcing Alaia, a fragrance. I was so intrigued I went into overdrive to get my hands on some. I received a sample two weeks ago. 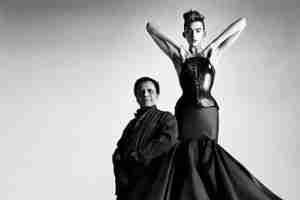 M. Alaia is known for his form-fitting designs. He was one of a few designers who put the curve back into women’s clothing. His silhouettes always accentuate the classic hourglass feminine figure. From there what he adds is singular detail which never detracts from that hourglass but gives it new form and function. The perfume which bears his name, signed by perfumer Marie Salamagne, also has that kind of hourglass shape to it as it is most prominent on top and in the base with a lighter floral intermezzo in between. 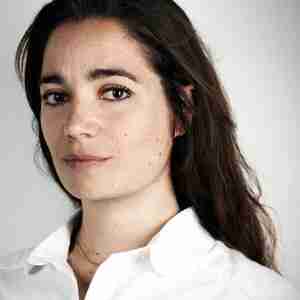 In a NY Times interview M. Alaia said he wanted Alaia to smell like “the smell of cold water falling on hot chalk.” I take this to mean that moment when cold meets hot capturing the steam rising and the hot wet mineralic aspect. I think Mme Salamagne gets the first part right with a fabulous spicy ozonic top. I don’t know what “hot chalk” smells like in M. Alaia’s world; in this perfume it smells musky. Which is not how I describe the smell of chalk.

Mme Salamagne takes baie rose and adds it to what she describes as an “air accord”. It is a mix of aldehydes and ozonic synthetics. They form a billowing cloud of steam with the baie rose adding in the texture. It is a really enticing beginning. It all blows away on a stiff breeze of freesia and peony, mostly the latter. The florals stick around just long enough to reset your expectations as the base offers a different type of experience altogether. Mme Salamagne adds in some of the more animalic synthetic musks to form something very primal in its nature. If the top was a cloud this is something weightier asking more of the wearer.

As mentioned above there is a signature silhouette to M. Alaia’s fashion. The perfume contains the same silhouette with a similar attention to detail. For someone who didn’t want to make perfume he has produced one of the better designer perfumes out there. It certainly doesn’t smell like the other things on the perfume counter with a designer name on it.