I have always been a fan of game shows. The ability to play along at home creates a lot of the appeal. The other part is the host of each game show. The best hosts eventually find the right game which fits their demeanor. If this happens, they usually become as much a part of the success and enjoyment of things.

When I was a child there were three gameshow pairings which fell in this category. Alan Ludden on “Password”, Hugh Downs on “Concentration”, and Art Fleming on “Jeopardy!”. Not only did they keep things moving it seemed like they genuinely enjoyed the game they were the moderators for.

That original incarnation of “Jeopardy!” ran for fifteen years from 1964-1979. It was always a personal barometer for how much I knew about a subject. When I got Final Jeopardy right it was a big moment. 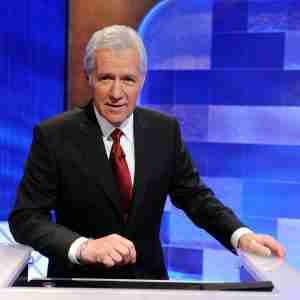 Five years after it went off the air, they decided to bring it back in syndication to play in the early evening after the local and national news in most markets. I was happy to have it back but when I heard who the host was, I wasn’t that excited. They had asked Alex Trebek to take over from Art Fleming with Mr. Fleming’s blessings. I didn’t think this guy was a great host. He was on the game show “High Rollers” which was not one of my favorites. I also felt he kind of went through the motions. It felt like it was a job for him.

From almost the first moments I saw him as host of “Jeopardy!” in 1984 I realized this was entirely different. He like Mr. Fleming prior to him was much more engaged with the rhythm of the game and the players. By the end of the first year it was his show.

What I always appreciated about the way he approached “Jeopardy!” was he knew how important it was to the players to show off their smarts. He commiserated with them when they were close. Rooted for them to get an answer in on a Daily Double. Like the audience he genuinely enjoyed emceeing a close back and forth game. All of this came through the television screen.

When he passed away last November it was hard to think of a world where he wasn’t going to be there every evening. Because of the taping schedule he didn’t leave my television screen until January. I still watch the show but through just a couple of guest hosts it doesn’t feel like they have found the right successor.

I hope there is someone out there as genuinely interested in giving smart people a chance to shine for a half-hour five days a week.