There are literally thousands who attend the yearly Burning Man festival. A great many of those thousands come away inspired by the temporary community erected on the playa in the Black Rock Desert of Nevada. To my knowledge out of that cauldron of creativity only one perfumer has used it as inspiration. That is one of the rising stars of independent perfumery Amber Jobin. 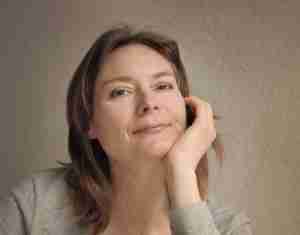 Ms. Jobin established her Aether Arts Perfume in 2013 and in that debut set of releases was the perfume Burner Perfume No. 2 A Roll in the Grass. Every year Ms. Jobin attends Burning Man she composes a perfume to go with her. Ever the keen observer I was wondering what had happened to Burner Perfume No. 1. Ms. Jobin finally answered my question. 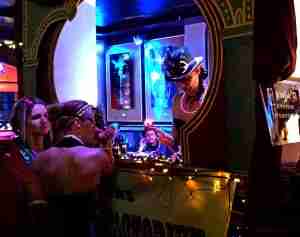 She had composed a Burner Perfume No. 1 Black Rock City in 2010 but it had only been shared at the festival. She is now bringing it back so that those of us who were not there can also share in it. At the same time Burner Perfume No. 6 Reflection is also being released which is from this year’s edition. The two are meant to be companions as Black Rock City captures the smell of the playa at rest while Reflection captures it after a thunderstorm has added pools of water to the desert milieu. I also found it interesting as a bit of a marker to how Ms. Jobin has grown as a perfumer over the past five years. 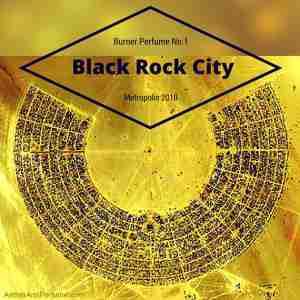 Black Rock City is best described as a rugged perfume similar to the terrain it is evoking. The desert is an unforgiving place but the beauty inherent in that is wondrous. Ms. Jobin captures that roughhewn allure. Black Rock City is a very simple construction centered on the desert flora of sage and mesquite. She mixes the leaves and flowers of sage with the blossoms and bark of mesquite with a bit of cedar for structure thrown in. This is sage and smoky woodiness. It is a linear fragrance with no real development. It shows the beginnings of what Ms. Jobin will develop into.

Reflection is that potential made real. Reflection has a very kinetic development also starting with sage. This time the sage is borne on the wind in front of an oncoming thunderstorm. Ms. Jobin takes the sage and sets it on top of a stiff breeze of ozonic notes and aquatic accords. This is that precise moment before the sky breaks. The rest of Reflection is what is left behind as the storm has passed. The desert flowers open up drinking greedily. Ms. Jobin uses yucca, cactus flowers, and sage flowers to represent this over the still lingering aquatic accord. The florals float above the massive puddles on the desert floor. As the sun comes back to reclaim the moisture the original desert smells reclaim their place as mesquite and cedar signal a return to the baseline. Reflection is a fantastic piece of perfumery as it moves from restrained power into a fragile floral to rest upon that desert ruggedness. Ms. Jobin captures all of that.

Both Black Rock City and Reflection are perfume oils and as such wear very close to the skin with little appreciable sillage.

Ms. Jobin suggested wearing Reflection layered over Black Rock City. When I did that it further confirmed my impression that Black Rock City is more of a perfume base upon which to build a perfume. When layered it provides a real oomph to the final phase of Reflection as the desert returns with a flourish instead of the more gradual transition in Reflection by itself. Reflection is by far the better of the two perfumes. It is the result of five more years’ experience. It is also the result of a young perfumer coming into her own as if she herself is on fire.

Disclosure; this review was based on samples provided by Aether Arts Perfume.