Olivia Giacobetti is one of my very favorite perfumers because of that transparent style she imparts to things that shouldn’t have that lightness of being. Many of the most striking fragrances I own, for that sheer fragility, are signed by Mme Giacobetti. Her style has now been refined that it almost deserves its own adjective, Giacobettiesque. There have been other perfumers who are able to make perfume that is Giacobettiesque but it is her creations which stand the test of time. 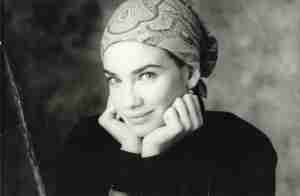 When I looked back for the year where this style began to coalesce I found 1996 to be a good year to observe this. In that year Mme Giacobetti would release two fragrances for L’Artisan Parfumeur, Drole de Rose & The Pour un Ete. Both of those were perfumes where the style was still a work in progress. The third release in 1996 is one of Mme Giacobetti’s enduring masterpieces Diptyque Philosykos as all the elements that make her a great perfumer come together for the first time. 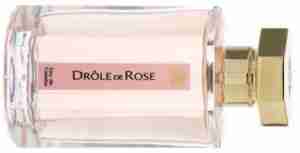 The two fragrances for L’Artisan were her third and fourth for the line. Drole de Rose is a much lighter rose but here Mme Giacobetti lays down a layer of powdery notes as the heart note of orris turns this closer in style to iris-scented lipstick. The skeletal concepts of Mme Giacobetti’s style come with the honeyed leather in the base. It is the base which I think is the best part of Drole de Rose as once the powder is figuratively blown away what is left is this opaque sweet leather. Mme Giacobetti would find a rose scent which did fit her style with the discontinued Opone for Diptyque in 2001. 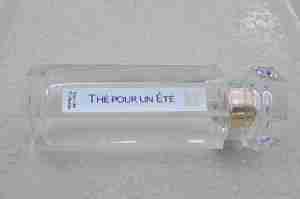 The Pour un Ete was meant to be a jasmine green tea fragrance as if it was being served in a chilled glass dripping with condensation on a summer day. The Pour un Ete is perhaps too simple for its own good. It starts with a sprig of mint and lemon floating on top of the jasmine tea accord all of it resting on a cedar and sandalwood coaster. The Pour un Ete feels like the axis of a great fragrance was here but by not adding in contrapuntal notes it just sits there like that proverbial glass of tea watching the beads of water slide down the glass monotonously. Tea would become the focus of another of Mme Giacobetti’s best compositions L’Artisan Tea for Two, which is one of my all-time favorite tea perfumes. 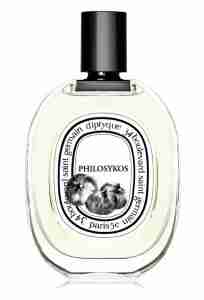 As I mentioned above it seems at this point in her career it took two tries for Mme Giacobetti to really find her voice on a particular note. In 1994 she had done Premier Figuier for L’Artisan and it was a fig fragrance centered on the creamy ripe qualities as she used almond and coconut milk to enhance that aspect. It is beautiful but it wears sort of heavily. By the time she took a second stab at fig in Philosykos she wanted to go greener as this time not only the fruit but also the leaves and the tree itself were meant to be represented. She tilts the fig greener with galbanum early on. Then the leaves pick up the green and this time she uses only coconut milk as a complementary source of the ripening pulpy inside of the fig. She finishes off Philosykos with a breeze of benzoin and cedar.

Mme Giacobetti is now one of the most reliable perfumers functioning and both for her Paris exclusive line IUNX and the rare commissions she takes her style is unmistakable, Back in 1996 it was just coming together,

Disclosure: This review is based on bottles of all of the fragrances I purchased.