They say everything old is new again. In other words, live long enough and everything you own is eventually on trend. One of the trends that has begun taking hold in fragrance is that of the simple combination of three or four ingredients. I think that this style of perfume while simple is not facile. The perfumer must be very precise to get the correct balance. When there are so few notes each one carries more weight. Because of this I started thinking back on which perfumes from the past might have become new again. As soon as I began this process one jumped right to the front of my thoughts, 10 Corso Como. 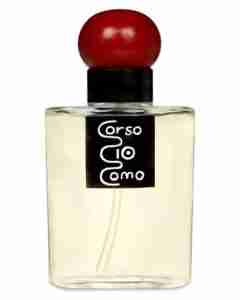 When 10 Corso Como came out in 1999 it became a cult fragrance. Initially only available in Europe it began to be as desired as Coors beer used to be East of the Mississippi. I can’t remember when I finally tried it but I certainly saw it spoken of in the early perfume forums. I do remember being fascinated at how this simple perfume was so compelling. It was one of those early perfumes which seemingly affixed my wrist to my nose. 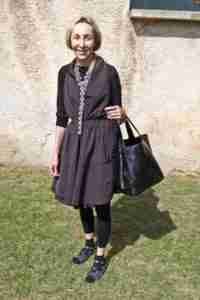 10 Corso Como is named after the fashion line overseen by Carla Sozzani. Sig.ra Sozzani wanted to add a fragrance to her fashion boutique in Milan. She turned to perfumer Olivier Gillotin to produce that. What they came up with was a triad of sandalwood, incense, and rose. 10 Corso Como opens with sandalwood paired with an incense accord made up of vetiver and oud. It is a fascinating choice by M. Gillotin. Straight frankincense would have been too austere against the sandalwood. Instead the vetiver-oud accord forms a softer version of incense which settles on top of the sandalwood. This combination is what made 10 Corso Como stand out early on. It provided an alternative to the church incense style which was becoming popular. The rose takes some time to insert itself into things. Again M. Gillotin adds some geranium to add a bit of green to it all which then accentuates the green within the vetiver. At this point as the vetiver decouples from the oud that note starts to provide a slightly medicinal contrast to the sandalwood. A few musks are sprinkled in at the end.

10 Corso Como has 4-6 hour longevity and above average sillage.

I have enjoyed 10 Corso Como for years because of its simplicity. If you are enjoying the current trend take a look back in time and under the radar for 10 Corso Como.