To truly innovate you can’t be afraid of failure. One of the challenges for independent and niche perfumery is having people try your perfumes in places where there are no stores to carry them. One new idea was to create a perfume subscription service. Throughout 2013 I seemingly received an e-mail monthly describing a new one of these services. The bare essentials were similar in that you would buy a year’s subscription and monthly you would receive a box containing samples of carefully curated samples.

This sounds like a good idea but it seemed like there was going to be a crowded marketplace vying for what should be a pretty small base of potential subscribers. If there were five or six of these all competing for the same perfumes and the same customer this might fail because nobody could have enough market share to survive.

Another big problem was the curation of these boxes. If I am going to trust you to pick out a few perfumes for me to try every month then you should be someone I believe has the experience for that. Almost all of these efforts were business first; making sure there were perfumes in the box and not necessarily perfumes that had any common theme or note to allow for someone to expand their perfume knowledge experientially. Most of the time the boxes just seemed like self-promotion without any desire to communicate anything about the perfumes inside. That was an opportunity missed. 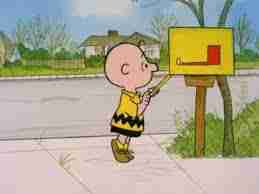 The other part of this was, who these subscription’s target audience were anyway. If they were exclusively new releases they could have gone for the hardcore perfumista always looking for the next new thing. If they were from a store promoting their inventory it seemed more like advertising not education. If it was about older releases then you needed a way to find new perfumistas starting their acquisition phase of perfume discovery. None of the boxes did any of this well and as a result the murky execution led to even murkier success.

One effort that was different was that of Fragrance Republ!c. They sent out an entirely new perfume done by a professional perfumer every month. This was the one I joined and for the most part I enjoyed it but I could tell it was in a slow death spiral. There were many attempts to get more subscribers and all of them fell flat. What triggered this editorial was the notice last week that Fragrance Republ!c was closing down.

That’s the story for most of the subscription services that touted themselves to me in 2013 almost all of them are finished. I’m not sure how the ones remaining are doing. At least they have the advantage of having the audience to themselves which should help one or two to survive a while longer.

Should this be viewed as a failure? I don’t think so. All experiments don’t work at first. I suspect a smart group will look at what went wrong and what went right and combine all of this into a business model which also represents the best fragrance can offer. Then I can look forward to a monthly perfume arrival with pleasure.