Even the scions of independent perfumery must bow a little bit to creating with an eye towards sales. The advantage is an independent perfumer has a much smaller bottom line than a conglomerate. Even so by the very nature of being outside of mainstream business forces you still have to keep the ship afloat. Two of the most successful independent perfumers are Pierre Guillaume and Andy Tauer they have made Parfumerie Generale and Tauer Perfumes the examples for those who have followed. Their success is because they provide a different fragrant experience to perfume lovers. But even they want to break free every once in a while and give in to a creative urge they feel might not be worth including in their brand offerings. M. Guillaume and Hr. Tauer have each made a recent one-off experimental fragrance. Both have in common a challenging nature asking the wearer to embrace the near un-embraceable. 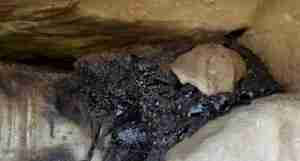 M. Guillaume’s inspiration for Lumiere Fauve which he made in a small batch to giveaway at Pitti Fragranze 2015 was an online criticism. It was a short pointed comment saying, “Your perfume is shit.” This inspired M. Guillaume to actually make a shit perfume. More precisely a perfume based on hyraceum. Hyraceum is the solidified extract of urine and feces of a small South African mammal called the Hyrax. I can’t even begin to imagine who first thought this would be a good perfume ingredient. M. Guillaume allowed me to smell the unadulterated raw material and it smelled like what it looked like. I nearly gagged because I took in too deep a breath. Like other ingredients like indoles which at 100% also induces revulsion once it is reduced it becomes more palatable. M. Guillaume didn’t want to reduce the hyraceum to too low a level. He wanted a shit perfume wrapped up in beauty. In this case a floral bouquet wraps itself around the hyraceum making it more approachable. I love perfumes like this but even wearing this for a whole day was a bit of an experience. It reminded me of The Elephant Man as there is a fierce intelligence under a disfiguring surface. 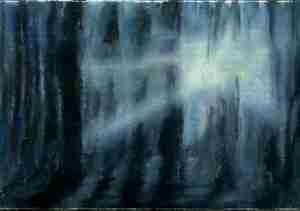 Hr. Tauer I think wanted to live down his “nicest guy in perfumery” label with Dark Mysterious Woods. I think he left out an adjective, dangerous. When wearing Dark Mysterious Woods it made me edgy as if there was something out there in the moonlight. Hr. Tauer’s choice for these woods are none of the usual soothing choices like cedar or sandalwood. Nope this is all the villains of the woody end of the perfumer’s palette. Because there was no place for me to find a place of comfort I let the mystery sweep me away. It means Dark Mysterious Woods evokes emotions I probably don’t want provoked on a regular basis. The day I wore it I thought of the movie The Blair Witch Project as it felt like there were things out there in the dark. The more I tried to find them the more lost in the forest I became. Dark Mysterious Woods was unsettling in the most pleasant of ways like an olfactive haunted house.

I suspect we will never see either of these for sale as they are meant more as single experiences. I do think we will see some of the themes that each of these perfumes contains to be worked into a future release. I won’t be surprised if M. Guillaume takes his hyraceum and spins it into gold. Hr. Tauer might take the rougher dangerous woods and use them as contrasting foundation for a more traditional beautiful opening reminding us there is danger underneath the fairest of them all. I thoroughly enjoyed being taken on two such excellent adventures by Pierre and Andy.

Disclosure: This review was based on samples provided by Pierre Guillaume and Andy Tauer.