One of the things I find interesting about writing these pieces is the opportunity to apply complete hindsight when looking back at a perfumer’s career. With the fullness of time’s perspective it is easier to find that moment when the style associated with them first comes to the fore. What is amusing to me as I do this is I often wore these early fragrances and while memorable I can’t say I was prescient enough to know the milestones they represented. In 1996 I picked up a bottle of Kenzo Jungle L’Elephant and this was my vanilla and spice baseline for many years. It would be followed up a year later with Kenzo Jungle Le Tigre which was a brilliant bit of fruity floral wildness. The entire team behind these two perfumes have been involved with some great perfumes in the years since. Over 1996 and 1997 they all intersected in the perfumed jungle. 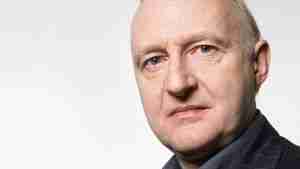 The creative director for both of these perfumes was Celine Verleure who has gone on to found her own niche perfume line Olfactive Studio. Two perfumers, Dominique Ropion and Jean-Louis Sieuzac collaborated for both of these. M. Sieuzac was part of the team which had created Yves St. Laurent Opium twenty years earlier. M. Ropion was still defining his style. They had both worked together on Dior Dune in 1991 so a working relationship had been created. Together they would create two perfumes that you would never suspect came from Kenzo if you smelled them blind today.

In 1996 Kenzo was still forming its identity and as such I think they gave Mme Verleure a wide latitude to let her perfumers follow their instincts. It would be four years later with the release of FlowerbyKenzo that Kenzo’s aesthetic would crystallize. With Jungle L’Elephant and Jungle Le Tigre Messrs. Ropion and Sieuzac explored the boundaries of Orientals from two differing vectors. 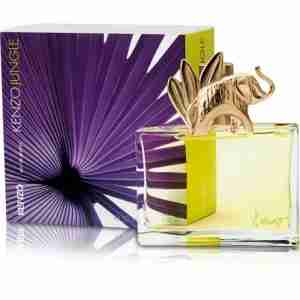 Jungle L’Elephant is the perfume where M. Ropion would display his ability to soften and refine even the most boisterous of notes. Nowhere is that more evident than in the early moments of L’Elephant. If I tell you the top notes are cardamom and cumin I can imagine many already exclaiming, “No Thank You!” Except the perfumers harness these notes and turn them into a soft spicy pillow to lay one’s head down on. None of the sweatiness or rough green quality is here. Instead it is exotic and plush. That would be enhanced as the heart adds in clove and licorice to make the spicy accord more complex, yet still soft. Ylang-ylang and mango provide a fruity floral combo to add contrast. The transition here happens fairly quickly and it leads to a vanilla laden base made warm by cashmeran and amber. This evolution from soft to comfort will return time and again in M. Ropion’s perfumes but it is here that I first noticed it.

Jungle Le Tigre dispenses with the spices and instead chooses to prowl the jungle with a fruity floral vapor trail. The perfumers choose the sour kumquat and they pair it with davana allowing for its characteristic fruity nature to be enhanced. It heads into a heart of osmanthus supported by ylang-ylang. The perfumers make a smart choice to let the leather and apricot character of the osmanthus hold the center of Le Tigre. It sits there full of restrained potential. It all devolves into a slightly sweet spicy woody base. Massoia wood provides the cream and the wood as cinnamon roughs up the edges a bit. The base of Le Tigre is a bold final statement. M. Ropion would refine and alter this architecture in just four years to result in Une Fleur de Cassie as one of the first Editions de Parfums Frederic Malle releases.

M. Ropion has had one of the great perfume portfolios of the last twenty years and if you want to know where it started you need to head into the jungle.

Disclosure: This review was based on bottles I purchased