When it comes to perfume I certainly have a few obsessive tendencies, which is stating the obvious. One of those is my desire to have everything in the lines I admire most. Amouage is one of those lines and I do own all of the releases most are aware of. Then in 2010 I was in a shop and noticed a much smaller bottle with the familiar Amouage logo. I asked what that was and the next words began a quest which only recently has successfully ended. What was in that bottle was Amouage Tribute Attar which I would find out was a follow-up to Homage Attar which was released the previous year. So I ended up buying both of those and erroneously thought I still had a complete Amouage collection. Then a correspondent from Oman told me about the 20 other attars in the Amouage flagship store. Now I had to try each and every one.

Over the last few years using all of the ways one can employ using the internet I have managed to collect samples, and bottles, of all but one of them. Then just after the New Year my final quarry was in sight and I captured my final Amouage Attar. The last one for me to try was, I believe, one of the first produced Farah Attar. 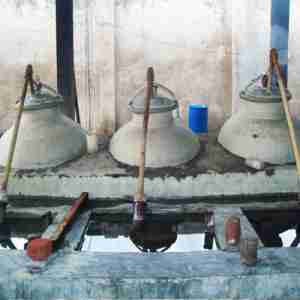 For those unfamiliar with attars they are extremely concentrated perfumes where the distillate, usually of a flower, usually rose; is added directly to an oil base of sandalwood and/or oud. That’s it there is no alcohol or water added to dilute it. Attars are like the fine wine of perfumery as they actually age and the attar evolves over time. I’ve only owned my attars for a few years so I take that last bit on faith but it makes sense to me. What I do know through my own experience is attars are the most revelatory experiences within perfumery. Because these are combinations of unadulterated oils as close to being “fresh from the still” there is a vitality to the attars that I find nowhere else in fragrance. 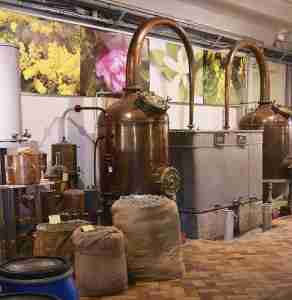 Farah Attar is about as traditional an attar as it gets as all of the key ingredients are here; rose, oud, and sandalwood. Even if it was just that it would be wonderful but what makes the Amouage Attars stand out is there is always a bit of a twist to add even more complexity. While this could be gilding the lily it actually works to soften the focal points and to allow the wearer the opportunity to approach them from a different perspective. In Farah the group of extra notes are saffron, amber, and a spice mélange. They add depth and grace to the traditional trio that form the spine of Farah Attar.

All attars have multi-day longevity from just a drop but they are very much skin scents. When I wear one it is one drop to the hollow of my throat and it is really only for my enjoyment for the next couple of days.

One of the reasons I wanted to write about Farah Attar was because it looks like these attars might be the first casualty of the IFRA/EU regulations. Kafkaesque covers the issues on her blog post at this link. At this moment it seems like the attar factory in Oman is not operating and all that is out there to be purchased is the remainder of the stock. I hope this turns out to have another reason behind it but Kafkaesque’s research seems to indicate otherwise.

These Amouage Attars are among the most priceless jewels in my perfume collection and the thought that other perfume lovers will not get the chance to experience them is heartbreaking to me. So if this has made you want to go exploring you will need to get moving before your quarry is extinct. I now sit with the satisfaction of having captured all of them. My little box of attars will provide pleasure for as long as I love perfume.

Disclosure: This review was based on a sample of Amouage Farah Attar I purchased.