I always admire the pioneers. The ones who do something different that a few years later becomes the norm. Swiss perfumer Andy Tauer is one of those rare individuals. He started his independent Tauer Perfumes label in 2005. With no resources for advertising Hr. Tauer turned to the internet and started reaching out to the nascent perfume blogosphere. He started a blog, which continues to this day, and started letting us in in what it took for him to create a perfume. For ten years he has continued to be one of the most successful independent perfumers in the world. His line of perfumes has grown to 20 which makes it a perfect candidate for Perfume 101. If you’ve never tried any Tauer Perfumes here are five suggestions on where to start. 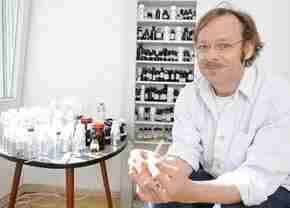 L’Air du Desert Marocain– This might be the most famous independent perfume ever. It received a 5-Star rating in Luca Turin and Tania Sanchez’s “Perfume: The Guide” in 2008 and the secret was out. I D’Epicediscovered it in mid-2006 and it was like Alice going through the looking glass. The perfume is a beautiful jasmine tinted breath of desert air. It is ethereal and strong in equal parts. From this single perfume I discovered Hr. Tauer’s blog, the world of independent perfumes, and how much I wanted something more than what the mainstream perfume brands were offering. Ten years on and all of these things still thrill me.

Incense Rose– In 2008 Hr. Tauer released two incense based perfumes. I preferred Incense Rose over Incense Extreme precisely because of the rose in the name. In both he uses a sumptuous frankincense but it is Incense Rose which uses the rose as a more endearing partner. 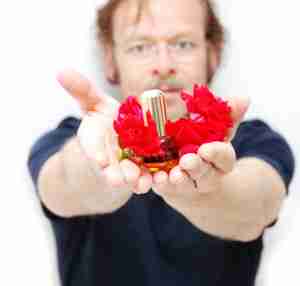 Une Rose Chypree– Hr. Tauer has explored rose extensively throughout his career and there are more perfumes within the collection which feature that note than any other. Une Rose Chypree is a good place to start the rose portion of the Tauer Perfumes experience because it is the most approachable of all of them as it is what it is advertised as a rich chypre featuring rose. If this becomes one of your favorites you will have a wonderful time trying the other takes on rose by Hr. Tauer.

Cologne du Maghreb– Born of a discussion on his blog which asked out loud if he could create an all-natural all-botanical cologne. He did but at first it was a tiny batch that only a few got to try. In 2014 he made a larger amount and released it to the public. This perfume is a testament to the imagination and creativity of Hr. Tauer. It also shows that almost ten years on he still has the same drive he started with.

Hr. Tauer is one of the great people in all of perfumery. I only met him in person for the first time this past September at Pitti Fragranze. He is everything in person I have been corresponding with for ten years. Give the five perfumes above a try they are some of the best that independent perfumery has to offer.