In the hustle and bustle of trying to cover all of the new perfume releases I frequently make decisions to leave something for later. Those kind of decisions seem to happen more frequently during the last few months of the year. I receive samples on a daily basis and for the ones which take some effort to track down I sometimes just say I’ll do it in the New Year. Last fall independent perfumer Andy Tauer began a new brand called Tauerville and its first release was Rose Flash. It has taken me a year to get around to trying it. Now that I have there is much to say about the perfume and the concept.

Tauerville came about because Hr. Tauer wanted a place to experiment. On the Tauerville website he says he wanted it be a place where he could “break the rules”. It is an interesting idea that one of the preeminent independent perfumers in the world needed a place to break the rules. Surely he could break down expectations in his established Tauer Perfumes line. Except once you have a reputation and a brand there is a loss of freedom to go too far out of the boundaries your previous releases have defined. With Tauerville Hr. Tauer had a clean slate; the opportunity to create without expectations. What was also great about this idea was it was also going to be modestly priced coming in about two-thirds the price of the regular line. The perfumes would be produced in limited runs with no guarantee or expectation they would be produced forever. It makes them sort of a limited edition although the truth is there have been three Tauerville releases and none of them have been unavailable for very long. 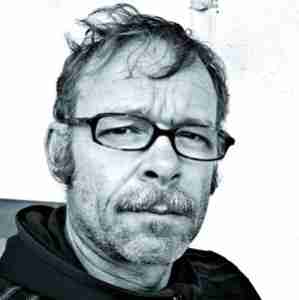 I finally got the chance to experience all three Tauerville releases to-date at Pitti Fragranze 2015. Incense Flash is the most recent and was preceded by Vanilla Flash. Both of those are in eau de parfum strength and carry a delightful translucent quality. If I was looking for a place where Hr. Tauer was breaking some of his previous “rules” it would be that opaqueness in both Incense Flash and Vanilla Flash. There is a shimmering quality to both that has not appeared often in the original line. Rose Flash is something else again as Hr. Tauer made his first Tauerville release at parfum strength. Rose Flash does not shimmer it surrounds and envelops you in a rosy embrace.

Hr. Tauer has left those of us who will write about Rose Flash to be the ones to dissect it. His desire was for the wearer to just let it be without picking it apart. If you do that what you will experience is the smell of a living rose garden at its fragrant peak. I am pretty sure there are at least two sources of rose in here and maybe a third. Rose Flash is all of the rose: bloom, leaf, bush, soil, and thorn.

When I wear Rose Flash I smell a demure rose along the lines of Rose de Mai and a spicy rose like a Damascene version. As those reach my nose in the very early moments there is also sunlight as some citrus notes glint off of the petals. It eventually gives way to green with I suspect geranium providing the first hint of verdancy before more prominent green notes arrive. Underneath it all is a bit of the woodiness of the stem and the soil of the earth. The longer it dries down on my skin there is the piquant bit of thorniness some spices, cinnamon I think, add as they provide a contrast to the powdery rose source while complementing the spicy rose source.

Rose Flash has 16-18 hour longevity and low sillage. As it is at parfum strength it is a skin scent for the great majority of its development.

There was an old television commercial set to the song “Anticipation” by Carly Simon. It showed a child watching a slow moving ketchup on its way out of the bottle on to his hamburger. For a year I have been hearing Ms. Simon’s song in my head as I anticipated my opportunity to try the Tauerville releases. Upon that moment all of my anticipation was realized. Hr. Tauer has happily created a new perfumed sandbox for him to play in. We are all the beneficiary of the new constructs which arise there. All three are worth trying but if there is room for only one Rose Flash is the choice for me.

Disclosure: This review was based on a sample provided by Tauerville at Pitti Fragranze 2015.