David Jourquin released his first two fragrances in 2011, Cuir Tabac and Cuir Mandarine. I only became aware of these fragrances in the middle of 2013. The main reason I sought them out is they were leather fragrances and I like leather fragrances. M. Jourquin asked for a pair of leather based fragrances for a man to wear, one for the day and one for the evening. Cuir Tabac was a well-composed straightforward leather and tobacco composition. Cuir Mandarine showed off a bit of insouciance. With the titular mandarin a fizzy champagne accord was added and if your nose didn’t tickle enough a bit of black pepper was added for good measure before leather and tobacco form the base again. Now three years later M. Jourquin has asked perfumer Cecile Zarokian for two more leather fragrances but this time for a woman and again one for daytime and one for nighttime. The daytime fragrance is called Cuir de R’Eve and the nighttime one is called Cuir Altesse. 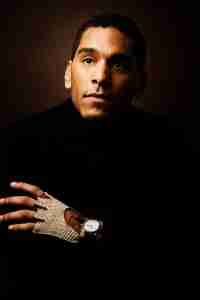 Cuir de R’Eve is, I believe, Mme Zarokian’s first fruity floral and it opens with a load of fruit but before it gets too sweet Mme Zarokian takes clove and pink pepper to add a bit of orthogonal spice. The fruit is ascendant but the spices make it more interesting. The heart is a pairing of orris and patchouli; some heliotrope adds a bit of bright floralcy especially for a daylight fragrance. The leather arrives with running mates of vanilla and musk. The vanilla is an interesting counterpart to the tobacco in the previous fragrances as it adds a similar sweetness without the bass lines tobacco adds. There is a pleasant lightness throughout the construction which seems appropriate considering the brief. 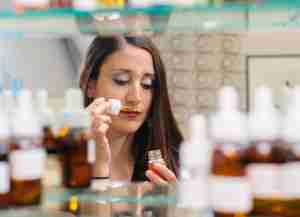 Cuir Altesse kept reminding me of the old advertising tag line for Secret deodorant, “Strong enough for a man, made for a woman”.  Cuir Altesse was designed to be worn by a woman in the evening but this has everything in it this man could desire in a leather fragrance, from my first sniff I was smitten. Since wearing it a couple of times I am no less enamored of it. I think if I was ever to ask for a bespoke perfume from Mme Zarokian the structure of Cuir Altesse is where we would start. Cuir Altesse starts with cardamom bolstered with orange and pink peppercorn. The cardamom is what stands out and it leads down into a heart of mainly jasmine and cumin. The jasmine is indolic and the cumin is its usual pungent self. Together this should be a nightmare but instead all of these rough edges turn into a sweet dream. By using rose to pick up more of the floral character of jasmine and patchouli to blunt some of the sweatiness of cumin the heart of Cuir Altesse is alluring. Vanilla partners the leather again but this time benzoin and amber add a bit of resinous sweetness; oakmoss adds the final grace note to everything.

Mme Zarokian premiered many new fragrances at Esxence and what I am truly admiring is, as I get to know all of them in the weeks since the expo, her breadth of composition. The work she is doing for David Jourquin is a great example of her ability and the development of a very talented young perfumer.

Disclosure: This review was based on samples provided by David Jourquin at Esxence 2014.