There are so many different paths to the creation of an independent perfumer. One of the more common stories is when someone who worked with food gets the desire to make perfume. That story fits James Peterson the founder of Brooklyn Perfume Company. Mr. Peterson after years in the restaurant business rose to prominence as the author of a series of books on cooking. His first book Sauces is part of my kitchen bookshelf. Of course I would be remiss if I didn’t mention he has a degree in chemistry. When I read Sauces I didn’t realize this but I felt it was written as clearly as an experimental procedure I use in the lab. Last year Mr. Peterson made the leap into perfumery and created his own independent brand. The first four releases are single note studies: Oud, Amber, Sandalwood, and Musk. 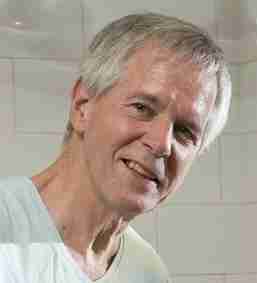 These first four fragrances feel like the beginning steps as Mr. Peterson keeps all four of them exceedingly simple. My overall impression of them is these are the first accords of his independent perfume career. They are simply constructed and show an understanding of raw materials but only one feels more like a real finished perfume.

Oud is made up of real oud; the new sustainable kind which has been colloquially dubbed “white oud”. It is a fascinating ingredient to use as it is real oud with all of the rich subtleties that make the real thing. What is different about it is it lacks the age of a classic oud tree. So Oud comes off like a precocious adolescent. It wants you to notice it but once you do it seems somehow callow. This is where Mr. Peterson is similar to his ingredient as both will get much better with experience. Oud needs at least one or two more contrasting notes to properly frame this unique ingredient. Instead Oud is more like one of the spices on the spice rack that will only become great when combined with the right ingredients.

Amber suffers from the same issue as Oud. Mr. Peterson has an exquisite single ingredient but he chooses to just let that ingredient carry the fragrance. For anyone who has not smelled a fossilized amber it will seem like something revelatory. Fossilized amber, like the white oud, offers a fantastic focal point for a perfumer to attach other notes to. The very nature of choosing which facets to enhance or contrast is what makes for a great perfume. Amber is a great ingredient in search of a perfume.

For Sandalwood Mr. Peterson again puts on display a contemporary source of a rare raw material as he is using the newly sustainable sources of Mysore sandalwood. As I’ve already repeated twice before it is a wonderful opportunity for someone who has never smelled pure sandalwood to have a chance. It also again is the only thing you smell. There is an excellent raw material here and I think the sustainable Mysore sandalwood is much better than I could have hoped for. Sandalwood lets you see that sandalwood on its own isn’t as sweet and creamy as it is when you usually encounter it. That requires the addition of notes to modulate it to form the desired effect.

As I tried the first three offerings of Brooklyn Perfume Company they felt like a chef assembling the ingredients for a great sauce. Or even a chemist taking down the chemicals for which he will use in his experiment. This is why Musk is the only one of the first four releases which succeeds at actually being a real composition. This time Mr. Peterson couldn’t just go get some real musk oil and put it in a bottle and go, “voila!” This time he had to take an array of synthetic musks and combine and balance them to create his desired “funky” musk. It is because that funky musk actually makes it into the bottle that I can see the potential in Mr. Peterson as a perfumer. It is easy to combine the synthetic musks and get something strongly animalic but it is also often beastly, in a bad way, to wear. Mr. Peterson had to take the time to make these notes combine in a way to create that effect while still being wearable. Musk feels like a real perfume because early on the fresh linen musks are apparent before the wilder members of the family arrive and shred the freshly cleaned sheets. Musk holds at this point for a few hours before finally shedding a lot of the funk leaving a domesticated animal in its wake. It might behave but it still has some bite.

Mr. Peterson’s experience as a chef has stood him well in assembling the best raw materials to work with. Now he has to channel that experience as a chef, and a chemist, and combine these materials into perfumes that let us in on his vision of what perfume can be. He has all the pieces to make a fantastic perfume “sauce”. Musk shows he has the patience to get it right. Now he just needs to get in the lab and show us what he is about.