One of the great things about independent perfumery is the ability of talented people to literally follow their nose; wherever it takes them. For the most part this method leads to incredibly unique compositions. On the other hand, I am a big supporter of the advantage an active creative director can bring to a final construct. This year I have received a number of disappointing releases from some of my favorite indie perfumers. I have been wondering if they have painted themselves into a corner which they can’t see. I have also been wondering if they could benefit from a strong voice which could maybe point out that they are in a corner while offering a path out. It is mostly a rhetorical question but there has been one brand which is displaying that once in a while having another person involved in the process might be beneficial. That is Zoologist. 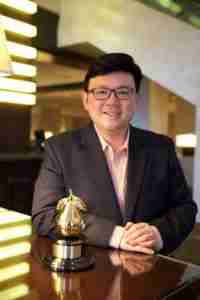 Right at the new year founder and creative director of Zoologist, Victor Wong, provided one data point with the release of Bat where he worked with Ellen Covey. Mr. Wong and Dr. Covey formed a real partnership which lead to one of the best perfumes of this year. It was with great interest to see if Mr. Wong could do this again. The new release Zoologist Macaque shows he can. 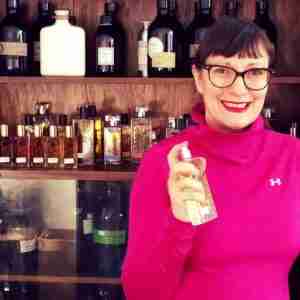 For Macaque indie perfumer Sarah McCartney, who works under her own brand 4160 Tuesdays, she contacted Mr. Wong to see if she could add her own fragrance to the menagerie. As she and Mr. Wong discussed what it should be she went back to her fascination with primates as a child along with her study of primatology in college. In the end they decided to render the playful Macaque as their inspiration. This is a great choice because while Ms. McCartney’s work for her own brand is fun Mr. Wong elevates Macaque to a joyful piece of perfumery.

Macaques are often found nearby temples in Asia. The most solemn of ceremonies can be witnessed from the heights of the jungle canopy while the monkeys chew on a piece of fruit cadged from a tourist. All of that has made it into Macaque. Ms. McCartney has made a mixture of fruit, resins, woods, and teas which comes together in stages.

The first stage is the fruit as apple and red mandarin form the top accord. This is the snap of red apple matched with a tart juicy mandarin. Ms. McCartney uses cedar to help define both of the fruity notes. The green of the jungle is set up by galbanum while frankincense matched with jasmine tea forms the basis for the ceremonial. The tea note turns towards a more acerbic green tea while the cedar-like white oud recapitulates the cedar from earlier. It finishes with a furry musk as our monkeys move along to a different part of the temple.

As I enjoyed my days of wearing Macaque I got to thinking about one of the fanciful creatures from Dr. Doolittle called a Pushmi-Pullyu. It is a creature with two heads at either end. While that might seem like it could end up as a stalemate; if both ends can trust the other to take charge for short periods of time real progress can be made. With Macaque it seems as if Mr. Wong and Ms. McCartney didn’t let the presence of two heads lead to inertia instead they used it to build up momentum as they both rose to the occasion with Macaque.

Disclosure: This review was based on a sample provided by Zoologist Perfumes.