There are events which bind us as a planet. Last April the world watched as the fire which consumed Notre Dame Cathedral in Paris was one of those. The heroic efforts of the firefighters kept it from being a total tragedy. The building stood at the end of the day. On the day it welcomes people back through its doors will be a moment of completely overcoming adversity. That day is far off with much effort to be put into achieving that end. A year after the fire I was expecting to get a progress report though a news outlet. It turns out perfume provided the best version in Unum Notre-Dame 15.4.2019. 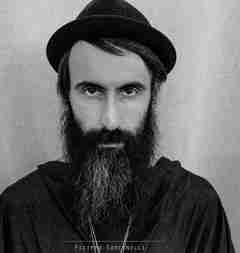 Unum is the brand of independent perfumer Filippo Sorcinelli. The scent of churches has been a recurrent theme ever since his first release Lavs. Sig. Sorcinelli has connections which allowed him to tour Notre Dame more thoroughly than a normal tourist. After the visit he decided to report on it via perfume. He has composed a fragrance of hope among the wreckage.

If you’ve ever gone someplace after a fire the early moments of Notre-Dame will reach that memory. It is the scent of charred wood which has been water-logged. What Sig. Sorcinelli adds to this is the stone of the cathedral. Impervious to the flames with water impregnated in the porous surface. I am not entirely sure how he achieves this but the wood smells old in this accord. Maybe its my imagination but it feels as if I am looking up though the open roof and a sunbeam shines down as a citrus and ginger accord provides the purity of sunlight where it hadn’t touched for centuries. It provides a hopeful contrast to the charred wood. What comes next reminds me of the photo of the altar cross which survived the fire; sticking up above the timbers which fell from the roof. A blessed floral trinity of muguet, iris, and geranium provide a garland for the resilient altarpiece. It ends with a reminder of the incense as if from afar atop the crystalline green of galbanum and the earthiness of patchouli. They promise that the future will eventually see the cathedral rise anew.

This is one of Sig. Sorcinelli’s most emotional compositions. In the past when we ventured into the church through his perfumes, it was as a penitent. In this one we are pilgrims looking for resurrection and better days ahead. A perfect message for these days.