When we lived in Massachusetts, we had a trellis next to the front porch where roses grew. One of the pieces of caring for them is to prune them back after the first frost of the fall. It was not one of my favorite tasks. I always ended up with scrapes from the thorns. Many was the year that I thought about digging them up at this time. After I was done, I’d take off my gloves and apply some antiseptic to my cuts. As I would pick up the gloves the scent of rose scented vegetation came off them. I thought it was a nice natural fragrance. Trudon Aphelie seemingly is designing a perfume to mimic that memory. 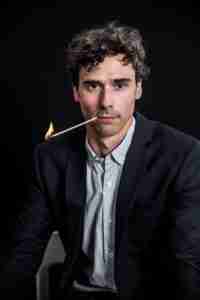 Trudon is the perfume brand of the well-known luxury candle makers Cire Trudon. Creative director Julien Pruvost guided the brand into the perfume business four years ago. What I admire about his direction is he avoids being a trend follower. He is willing to ask his perfumers to think beyond them.

For Aphelie he reunites with perfumer Antoine Lie who did Bruma in the debut collection. In this instance the name refers to the aphelion or when the earth is at its furthest point from the sun. It fits with my autumn day pruning being close to that moment. Aphelie is designed to be a very green vegetal fragrance.

This begins in a tangle of ivy. This is one of my favorite vegetal notes. It doesn’t get used enough. There is a strong leafiness attended by a slightly peppery spiciness. M. Lie cranks it up. He then laces a simple rose through his vines. They never come close to being on top. They act as an ameliorating presence. Blackcurrant bud adds a sticky sap to this. This was that smell off my gloves where the sap was stuck. Moss adds in a soft green contrast. Like a plush green upholstery. As it all clicks in place the rose sticks up among the thick vines. The whole thing is framed by a dry sandalwood.

This makes the eighth Trudon perfume. M. Pruvost is assembling a formidable collection thorns and all.