On the surface if you tell me that there are flankers within the Tom Ford Private Blend collection I would be against it. In an already voluminous line of perfumes taking up space with flankers seems wasteful. Except when it comes to Neroli Portofino; creative directors Karyn Khoury and Tom Ford have found a way to do it thoughtfully. That starts with using perfumer Rodrigo Flores-Roux who composed the original to also be the nose behind the flankers. The first flanker was last year’s Fleur de Portofino which was much more floral than its parent. Now that is followed up by two more flankers Neroli Portofino Acqua and Neroli Portofino Forte.

When it comes to the names of these it is exactly what it promises on the label. Neroli Portofino Acqua is a very light eau de cologne version. Neroli Portofino Forte is a fortified version a little heavier than the original. What it seems like to me is they have now created a Neroli Portofino for all seasons. 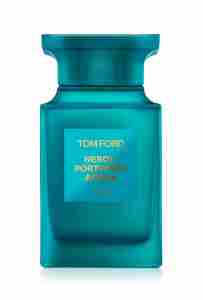 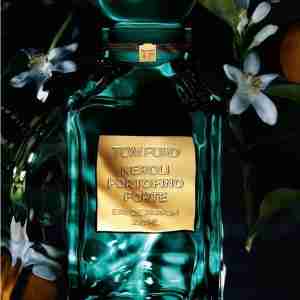 Sr. Flores-Roux makes many more changes to Neroli Portofino Forte. The similarity to Neroli Portofino is definitely there but is feels much more like Fleur de Portofino did in its ability to stand apart. The first change is to switch the orange out for blood orange. This adds a contrasting tartness which is then shaded green with an herbal chord of basil, rosemary, and tarragon. Forte stays much more herbal and green as the orange blossom shows up as a much less influential note than in any of the other three flankers. Sr. Flores-Roux then adds in a smooth refined leather accord along with sandalwood. This is where the warm amber accord of Neroli Portofino again arises but as with the orange blossom it is other notes which are in the foreground. Some muscone in the final phase of development turns the last moments more animalic. Neroli Portofino Forte is a version to be worn in those chilly shoulder seasons around summer. I have been wearing it during these days of chilly mornings and temperate days and it is perfect. Neroli Portofino Forte has 10-12 hour longevity and average sillage.

When a set of flankers is reimagined with the flair that Sr. Flores-Roux brings to this collection it is hard not to be impressed. I know Neroli Portofino Forte has definitely replaced the original as my favorite of the four. If you’ve ever wanted a blue bottle Tom Ford Private Blend on your dresser one of these four should definitely do the trick.

Disclosure: This review was based on press samples provided by Tom Ford Beauty.