If there is anything designer Tom Ford is known for is his ability to push at the limits. It has been as true in the fragrances he has designed as it has for the fashion. Lately that has taken its turn in the names of the exclusive perfume collection. They are sniggering double entendres which don’t necessarily pair to the perfume behind the label. Tom Ford Private Blend Bitter Peach takes its turn. 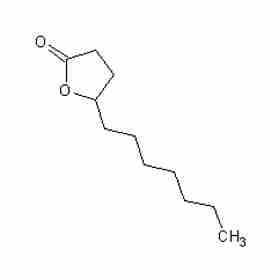 Peach has been a staple of the perfumer’s palette ever since the discovery of aldehyde C-14 early in the 20th century. Although it says aldehyde it is actually a lactone known for its creaminess. Bitter Peach seems to have a lot of this to provide the title note. This can be a tough ingredient to wrangle because at high concentrations it can smell like shampoo. Which is not a vibe a luxury perfume is looking for. Perfumers Jean-Marc Chaillan and Laurent Le Guernec keep Bitter Peach on the right side of that line.

It opens with that peach lactone at overdose. To keep it under control cardamom and davana provide some contrast pulling it back from becoming utilitarian. There is a tiny hint of rum; not enough to make it boozy. Just a pinch to add some richness to the peach. Jasmine then flows into it creating a fleeting fruity floral intermezzo. Cashmeran adds a synthetic link between a dark patchouli and resinous benzoin. This inserts itself into the peach adding shadows to the fruitiness.

As I cautioned with Lost Cherry if you are not a fan of peach in perfume Bitter Peach is unlikely to make you a convert. It does share the same feeling as that earlier release of adding some shade to the fruit. Bitter Peach doesn’t go as far but it is for the best. What is here is a chiaroscuro peach ripe enough for fall.

Disclosure: This review is based on a press sample provided by Tom Ford Beauty.