I receive my sample box from Sephora and I usually gravitate towards the perfumes I am most interested in. One brand which falls in that category might surprise you is Tokyo Milk. Ever since its debut in 2009 I have often found something to admire about the brand that perfumer Margot Elena founded. These are perfumes you have probably picked up while standing in line at Sephora as they can be found in one of the displays adjoining the checkout line. Mme Elena turned out over thirty releases from 2009-2011. With that kind of prodigious output, they aren’t all winners but within all of that perfume I found some which I have enjoyed. One of the more successful subsets within the Tokyo Milk collection was one labeled Dark. Of the first eight that were released there was one Bulletproof No. 45 which has been a longtime favorite. A mixture of lapsang souchong, coconut milk, and cedar; Bulletproof was where Mme Elena showed a fine sensibility which could go in some interesting directions. 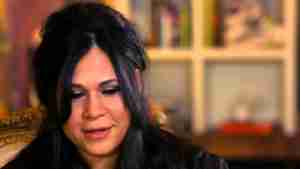 I hadn’t seen a new Tokyo Milk release for years until the spring of this year when she released three new fragrances as part of the Light collection. They were the first releases not to carry a number and the one I liked best was called And You. Mme Elena made a more traditional tea centered fragrance matching her oolong tea with bamboo, orchid, and musk. I have to admit I was sort of hoping for some more Dark to follow Light; which is what I received. In my fall box from Sephora there were two new Dark releases; Pretty Rotten No. 33 and Novocaine No. 85. Pretty Rotten felt like Mme Elena was attempting to recreate the poison apple but it tilted a little too sweet for my taste. Novocaine also felt like it was trying for fairy tale land too but this felt like The Evil Queen’s scent and I liked it a lot. 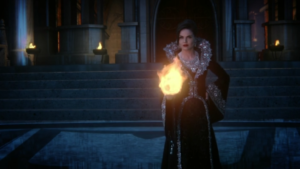 Novocaine is a three-layered treat of spice, sugar, and incense. It closely matches my impression of The Evil Queen from the TV series “Once Upon A Time”. When we see her in her arcane glory she often has a fireball in her hand with a wicked grin on her face. Yet we know she wants to be the fairest of them all while employing dark magic. Novocaine’s three distinct layers capture all of that.

Novocaine opens with a near overdose of ginger which means Mme Elena uses a significant amount of pepper to keep it from becoming all about the ginger. This is that fireball glowing with energy ready to be released. The desire to be the sweet young thing comes from a green vanilla which captured the aspects of the flower the pod is harvested from. It is gourmand level sweet but the green facets that go with it keep it modulated while adding texture. Incense provides the base note and it is a clean metallic version of incense as if it was burning on a censer next to The Evil Queen’s spellbook.

Novocaine No. 85 has 10-12 hour longevity and average sillage.

If you find yourself stuck in a long checkout line this holiday season and Novocaine is in the display give it a chance. It may give you a reason to look forward to waiting.

Disclosure: this review was based on samples provided by Sephora.