One of the more successful line of flankers has been those which have descended from the 1996 classic Thierry Mugler A*Men. The perfumer behind that creation, Jacques Huclier, has spent every year since 2008 designing a new version enhancing or adding to the classic formulation. A*Men has been a powerhouse perfume since its inception and most of the original members of the “Pure” collection have been heavy hitters as well. Last year’s A*Men Pure Wood showed a different aesthetic as it was surprisingly, and delightfully, softer than any of the previous A*Men flankers. I was wondering if that was going to be a singularity or the beginning of a trend. The latest, A*Men Ultra Zest, provides an answer. 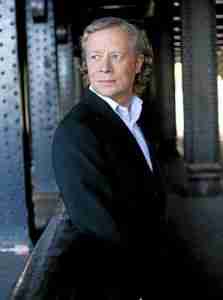 One of the reasons I think this set of flankers has been so successful is M. Huclier has been the perfumer behind all of them. His intimate knowledge of the construction of A*Men makes him the most qualified to alter it without harm. That has been accomplished quite efficiently with Pure Coffee and Pure Malt, my preferred versions of A*Men when I am in the mood. Even so they are powerful perfumes with equally powerful projection. They are not something I wear to work. Pure Wood was constructed such that not only have I wore it to work but it is almost an ideal work fragrance because the power is controlled as M. Huclier dials down the gourmand base. For Ultra Zest M. Huclier got some help from fellow Givaudan perfumer Quentin Bisch. Ultra Zest is in a bright orange bottle and that is the foreshadowing of the composition of the perfume inside. This could have been called Pure Orange and it wouldn’t be far off the mark. 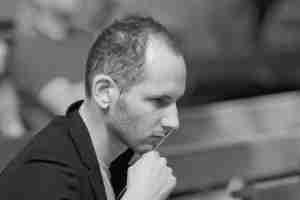 The opening of Ultra Zest is all about the orange but not the typical juicy orange. The perfumers use blood orange to add a bit more tart added to tangerine to keep it sweet but not as sweet as a traditional orange. This is all placed on a rapidly moving flying carpet of ginger. This makes the opening moments go by almost too fast. The flying carpet lands at a coffee shop as the citrus is surrounded by rich coffee notes. There is cinnamon and spearmint listed on the note list but I never detected them. The heart felt like the coffee heart of most A*Men iterations. The base is very similar to Pure Wood as the perfumers again make a much softer chocolate accord consisting of patchouli and tonka bean. As I wore Ultra Zest I was always wondering if it was going to ramp up in power or settle into a comfortable hum. It was definitely the latter.

I am not sure why Thierry Mugler has decided to rein in the powerful nature of A*Men but it makes Ultra Zest perhaps the most versatile in the line. It is light enough to be worn to the office. It has enough presence for a night out. It has enough bright citrus character to be worn in warm weather. There might be entries which do any one of those things better but none of them do all of them as well. A*Men Ultra Zest is one you should add to your A*Men collection if you’re a fan. It is also one to try if you maybe weren’t a fan of the original and the earlier flankers. It is my favorite of the flankers since 2012’s Pure Havane.