I thought when I was reviewing the three new Jo Malone London Rain fragrances by perfumer Christine Nagel those were going to be the last new releases before she took up her new position at Hermes. It turns out that my assumption was in error. When I met Luc Gabriel owner and creative director at The Different Company I learned that Mme Nagel had one last fragrance to do before she started with Hermes. According to M. Gabriel the final version of her new fragrance for The Different Company, Nuit Magnetique was delivered on March 4th and she started her collaboration with Jean-Claude Ellena as co-in-house perfumers at Hermes two days later. 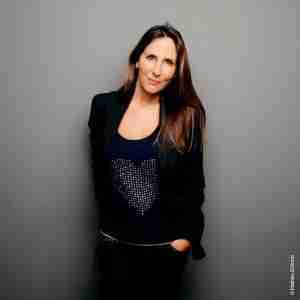 For her first fragrance for The Different Company she wanted to create both magnetic attraction and repulsion throughout all of the phases of Nuit Magnetique. Mme Nagel explains it in the press release as, “I created this perfume thinking about the physical principle of the magnet. The raw materials that I chose get married by affinity and get repelled by contrast inside a magnetic field whose olfactory nucleus is an amber-woody accord.” It sounds a lot like typical PR copy but Mme Nagel actually pulls this off as the top and heart exemplify this dual magnetic push and pull before getting pretty normal with the promised amber-woody base.

The attraction pair in the top notes is ginger and bergamot. Together there is a great vivacious quality which gets separated by a blueberry note that feels like it cleaves them apart. The blueberry has a slightly astringent nature to it which helps it split the happy couple up. The heart is a group of heavy hitter florals, jasmine, rose, and tuberose which Mme Nagel tames in her trademark way of not letting the more boisterous ingredients get out of balance. The orthogonal note here is prune in all of its concentrated dried plum glory. The use of dried fruit in fragrances has become more prevalent but in the use of prune as contrast to the florals it gives an atypical energy to it. Instead of weighing things down it adds a luscious underpinning which allow the florals something to push off of. The base is, as promised, a combination of amber, benzoin, and woods. It is so normal it almost doesn’t feel like it fits but that perhaps is the final bit of magnetic repulsion on display.

Nuit Magnetique has all-day longevity and above average sillage.

I didn’t get around to trying Nuit Magnetique until my last day at Esxence. I was so entranced with the ginger and blueberry along with the florals and prune I spritzed a little on my wrist for the plane flight home. It turned out to be a more delightful companion than my seatmate. I, like many others, are looking forward to what Mme Nagel will bring to Hermes. My expectation is she will be a smashing success because all of the broad creativity necessary to succeed in that position have been on display for many years now. With Nuit Magnetique she left us one final reminder of just how innovative she can be.

Disclosure: This review was based on a press sample provided by The Different Company at Esxence 2014.