I enjoy heist movies or books. The ones where a team of thieves take on a large target; devising a plan to steal it without being apprehended. These are fantasies but there are some real-life examples which are tantalizing examples these might not be so fictional. One of those is the story of the Patiala necklace. 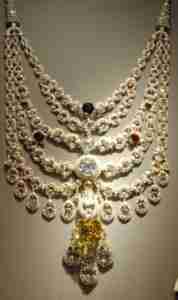 Maharaja Bhupinder Singh commissioned Cartier to make him a necklace fit for a maharaja. He provided the raw materials; thousands of diamonds, several Burmese rubies and the centerpiece 234 carat yellow diamond named the “DeBeers Diamond”. The maharaja wore it from its presentation in 1928 until his death in 1938. At that point it was locked away in the Royal Treasury of Patiala. In 1948 it was reported to no longer be in the vault. It would be lost until 1982 at an auction at Sotheby’s in Geneva where the DeBeers Diamond by itself showed up. In 1998 the necklace, minus all the larger jewels, would be found in a London antique shop by a Cartier employee. Just like my favorite heist movies the thieves got away with it and years later are selling off the pieces after breaking down their purloined treasure. 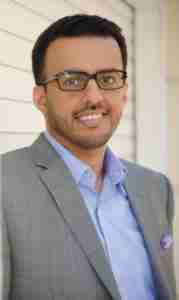 The creative director and owner of the perfume brand Thameen, Basel Binjabr, has been using famous jewels as the inspiration for his fragrances. The story above has produced Thameen Patiala. Mr. Binjabr has not disclosed the perfumer he is working with. For Patiala the perfume is in three very distinct pieces the DeBeers Diamond, the missing Burmese rubies, and the re-discovered necklace.

The DeBeers Diamond is the top accord consisting of citrus and aldehydes. This forms the sparkling yellow facets through the citrus while the aldehydes provide the crystalline angularity. It is the kind of rich citrus effect I enjoy most. As we move into the heart a precisely balanced duet of rose and orange blossom takes over. The rose is velvety while the orange blossom provides the deeper sparkle of the rubies. The base is a combination of amber, musk, and moss. It has a chypre-like aspect, but it is missing some of the pieces of that classic accord; just like the denuded necklace discovered in the antique shop.

Within the group of Thameen perfumes I have tried Patiala is the most successful at making a connection back to its jewelry inspiration. It does feel more compartmentalized than the other Thameen perfumes. In this case because of the heist background that felt right. Somewhere there are some Burmese rubies waiting to come out of hiding. My imagination thinks the diamond chop shop they are in smells just like Patiala.