One of the things I enjoy most about independent perfumers is they tend to be broad in the perfumes they produce. At least the best of them is. When I think of the list of my favorites the maxim “stay in your lane” does not apply. That doesn’t mean that there isn’t a lane I prefer. Perfumer Shelley Waddington is one of those eight-lane freeways of fragrance. I’ve changed lanes with her numerous times, but it is when she travels in a deeply vintage-like direction I enjoy traveling with her the most. Shelley Waddington for American Perfumer Pythia is just that type.

Pythia is the latest in the limited editions offered by Dave Kern’s American Perfumer store. He has worked with some of the best independent perfumers in the country. He encourages them to work with rare ingredients or difficult to produce versions. So far this has produced a magnificent collection of limited editions which have allowed these artists to blossom in new ways. Ms. Waddington uses a classic perfume structure to depict a classic figure from ancient Greek history. 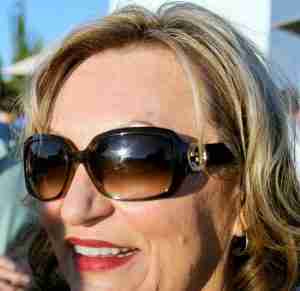 While the name Pythia might not ring a bell her other title, Oracle of Delphi might. As the High Priestess of Apollo she shared his divine words to those who visited. The perfume is meant to be the scent of Pythia to a supplicant. What they would smell while waiting for her words.

To achieve this Ms. Waddington reached back to a way that fragrance was used in ancient times, as unguents. There was no distillation of alcohol to carry scents. So they were infused into a fatty matrix with which they could be rubbed on the skin. She created a set of them to form the foundation of Pythia.

As the Oracle leans down to speak lemon and rosemary whisper from her hair. The interplay of bright citrus and earthy herbal feels appropriate. As I hand the rose to her in offering over the smoky brazier she leans back. Ms. Waddington does an excellent job keeping the smoke from billowing in choking clouds. She keeps it at just the right level to remind me of a hazy Greek temple. After I make my request of the Oracle, she circles me with her scents enveloping me. There is civet, ambergris, musk, sandalwood, and balsam. They are a heady mix I breathe them in greedily taking it all in. This is where the hand-made unguents are present. There is a gorgeous depth to all the ingredients I mentioned. When they all come together in the base it is mesmerizing.

As I stand looking expectantly at the Oracle, she points to the column at the entrance. “Know Thyself” is inscribed upon it. As always, the answers are within. It also applies to Ms. Waddington as an artist. To be a great independent perfumer you must know and understand your strengths. Pythia is testament that she does.

Disclosure: this review is based on a sample supplied by American Perfumer.

Editor’s Note: These limited editions have proven to be extremely popular, selling out very quickly. Mr. Kern to make it more equitable uses a lottery system. There are 25 signed and numbered bottles for sale. The lottery is scheduled for February 27, 2021. If you are interested you can send your name, phone number, and address to dave@american-perfumer.com to be entered. Or you can supply the same info on the Instagram page @theamericanperfumer via message.