This is the time of year I miss where I grew up the most. The weather hasn’t really turned to spring. The dregs of winter overstay their welcome. Until I left S. Florida I never experienced this. It was always warm enough for everything to grow no matter what the calendar said. The scent of tropical flowers at twilight were a signal the day was ending and the night beginning. That smell as the odd shading of twilight creates a unique light to experience it in is captured in Shalini Vanille Reve. 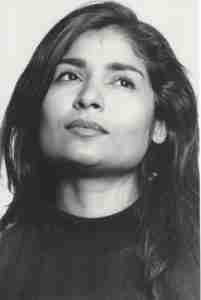 Shalini has been producing perfume since 2004. She has been building an impressive collection under her name. Last year’s release Iris Lumiere was my favorite new perfume of 2020. It is emblematic of the care she has taken in overseeing a perfume line. One of the reasons it has been so memorable is she has worked exclusively with perfumer Maurice Roucel. Ha also had a great 2020 because I named him Perfumer of the Year. What has set this collection apart is a sense of shading and texture which reminds me of an haute couture fashion collection. Which is appropriate since Shalini is that type of fashion designer. Vanille Reve displays all these characteristics. 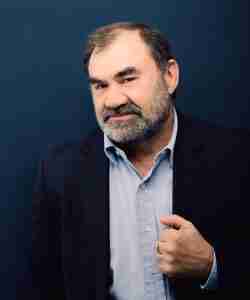 The inspiration for it comes from the island of Tahiti. I’ve never been but I suspect it is similar to my memories of S. Florida. The keynote which is used to summon the tropics is the tiare flower which is also called Tahitian gardenia. I have always enjoyed this variant of the better-known white flower. There is an inherent sparkle to it. By pairing it with vanilla they form a warm tropical embrace.

Before we get to that M. Roucel provides that shading and texture I was speaking of. He creates what I perceive as a twilight accord of anise and a pinch of cumin. The anise is full of that licorice-like quality. The cumin adds in the odd optics of the interface between day and night. It creates a beautiful accord to build from. The tiare comes next. It has less of the green of the traditional gardenia while being creamier in style. Some tuberose and jasmine are around to give depth to the tiare. This is that moment as you stand on the lanai smelling the night blooming flowers mix with the denizens of daylight. The anise adds dancing shadows among it all. As the sun sets the warmth of vanilla flows over it all, banishing the anise as it combines with the tiare. This becomes a creamy floral comfort scent over the final hours.

Twilight is a part of the day where it feels like magic is possible. It seems as if Shalini and M. Roucel must be composing perfume at that time of day. Vanille Reve is another magical addition to the collection.

Disclosure: This review is based on a sample provided by Shalini.