There are times when a perfume creative team gets too focused on a theme and in their endless variations on it keep missing the mark by a larger margin each successive attempt. I am thinking a lot about this as I have been wearing the latest from Serge Lutens, Le Reilgieuse.

Since 2010 M. Lutens in his role as creative director, along with perfumer Christopher Sheldrake, have been working on the theme of ice. Like a perfumer’s version of “Frozen” everything M. Lutens touches these days he seemingly wants to freeze. I have found little joy in these creations. Le Religieuse translates to “nun” and the press picture seems to confirm that with an abstract nun’s habit unfurling like wings behind the bottle. The note list is much abbreviated calling out only four ingredients; jasmine, civet, musk, incense. Now there is no official list but that list of ingredients sounded wonderful except I was wary of the ice that was also mentioned. Imagine my surprise when I received my sample and I spent the better part of three days trying to find any of those four notes. The ice and snow that I found and what was buried underneath seemingly suffered from the cold. 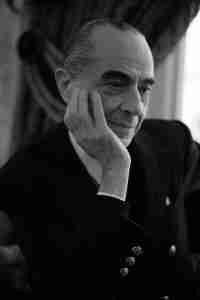 There is definitely a floral in the opening moments and there is definitely a mix of synthetics encasing that floral in a block of ice. The only thing I am sure of is it doesn’t smell like jasmine to me. There are no indoles it has a high pitched fresh floral quality but it never seems like anything natural. The ice gets in the way so I feel like I am getting fragments of something which should come together. It is almost like a jigsaw puzzle of different florals. If the plan was to have them come together in the heart over incense that would have been great except there is no incense. There is something almost like elemi but again it is hazed over with frost which obscures what might be here. When I saw the note list and it said civet I was really looking forward to that. When M. Sheldrake unleashes civet in one of M. Lutens concepts something special happens. Except I don’t detect any civet. White musks? Oh yes a lot of them; all imparting that chill M. Lutens so desires.

Le Religieuse has 14-16 hour longevity and above average sillage.

La Religieuse reminded me of when I clean out my freezer and way in the back I find a frost encrusted foil wrapped object. There is a label on the outside which identifies what is inside but the prolonged exposure to the cold has had a deleterious effect on the contents; making them unrecognizable. That is exactly how I feel about Le Religieuse it seems like M. Lutens left it out in the cold too long. M. Lutens in the press release ends the text with the following, “I have told the youth within me that the white which clouded my vision was “snow”.” Right there is the truth about the recent output by Serge Lutens it is clouded by snow and it doesn’t look like there is a forecast for a thaw any time soon.