Mrs. C and I became obsessed with the Italian dessert tiramisu a few years ago. We were still living in Boston and we traveled the North End comparing the different versions. From modern chefs to recipes handed down through generations. One of the things we learned during our tasty tour was that despite the origin of the dessert being attributed to the restaurant La Beccherie in Treviso, Italy in 1960 it was widely disputed. The dessert was seen as a layered version of the more classic dessert zuppa inglese. As we learned more I have come to agree with that assessment. Tiramisu roughly translates to “pick me up” The mixture of coffee, cocoa, mascarpone cheese and lady finger cookies is simple but can be made even more complex at whim. When we started making it we added coffee liqueur as a different kind of pick me up over the caffeine from coffee. When I heard the new release Salvatore Ferragamo Uomo was going to be a perfumed take on tiramisu from two of my favorite perfumers Alberto Morillas and Aurelien Guichard I was definitely interested.

Salvatore Ferragamo as fragrance producer has been much more hit than miss for me. If not for the perfumers involved and the tiramisu theme my interest would have been tempered. Even with that, because the brand has been so uneven in the past my expectations were set low. Another reason was the burgeoning of this gourmand mainstream sector in the last year. The great majority of those have lacked focus replacing it with a giant slug of vanilla and ethyl maltol. When I finally got around to Uomo every one of those concerns disappeared. Messrs. Morillas and Guichard have turned in one of the more genial mainstream gourmands of the last few years. 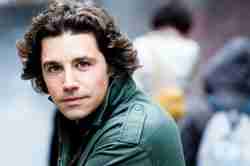 The first moments of Uomo are a pick me up of a different sort as a snappy spiced citrus is the top accord. Bergamot is enveloped with cardamom and black pepper in a zesty first few minutes. Just as I am ready to ask, “where’s dessert?” here it comes. The mixture of cocoa and coffee is supported with some other sweet notes. I think a touch of maltol provides a bit of toasty sweetness but if not that something else is adding a warmth to the main ingredients. The tiramisu accord is balanced and delectable to experience. Another excellent choice is the perfumers choose tonka bean as the deeper sweet note in the base. Instead of overwhelming everything which came before with vanilla, the tonka picks up the coffee and cocoa transporting them to the final ingredients a cocktail of dry woody aromachemicals. These are the particularly austere versions and they provide a surprisingly good framing set of notes for the final moments of Uomo.

For a mainstream gourmand fragrance Uomo gets almost everything right. If you are a fan of this style of perfume this is one of the best. If you have shied away from gourmands in the past because the vanilla can become too much give this a try. I give credit to Messrs. Morillas and Guichard for their perfumed tiramisu recipe it has been a favorite Holiday pick me up this year.

Disclosure: This review was based on a sample provided by Salvatore Ferragamo.