One of the aspects of writing about perfume is that it largely becomes episodic for me. I receive a new release one at a time. maybe two. I get to know a brand through each new release looking for the similarity as I try to find common themes. This is fine but just like my lost weekends watching Netflix I’d like to have the opportunity to binge on something all at once. Funnily enough 2017 has offered me a few opportunities to learn about brands I had not previously experienced which have been around for a while. My latest chance came when English brand Ruth Mastenbroek became available in the US and I ordered a sample set of the four releases to date.

Based on the information in her website biography Ms. Mastenbroek was one of the “ghosts” who worked in the shadows of the perfume industry. It only became commonplace to know the name of the perfumer since 2000. In the years prior to that cadres of professional perfumer worked in anonymity; Ms. Mastenbroek among them. She made the move from working at the fragrance counter at Selfridges to perfume school in Grasse, France with her Oxford University degree in chemistry as a foundation. After a career which took her to multiple countries she settled back in England working on contract. In 2010 she finally stepped out of the shadows with her own brand. 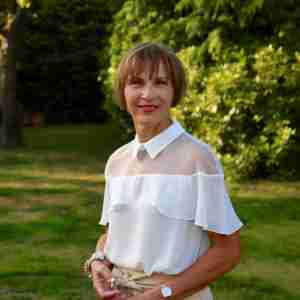 Her first release was Signature which was a classic floral chypre to which she added a fun flip of pineapple to the rose and patchouli which predominate. Two years later Amorosa would again lead with a different fruity note in watermelon grafted onto tiare; again over patchouli. In 2015 Oxford would arrive without fruit, replaced by an herbal trio leading to an amber and oud base. Of these first three Oxford was my favorite. As I worked my way from first to third I felt like I was noticing the expansion of a perfumer free of the restraints of a customer brief. Sometimes it might take a moment or two to realize you can go where you’ve always wanted to. Her latest release Firedance feels like the perfect synthesis of independence and classicism.

The independent streak is on display in the opening as a very crisp apple is paired with tart lemon. This is my kind of fruit top accord with a laser pointer sharp precision. It paves the way for a gorgeous Damask rose to provide the heart of Firedance. This is a powdery rose and Ms. Mastenbroek dips into her bag of classic accords constructing a birch tar laden Cuir de Russie leather accord as its partner. The independence returns as she adds just a figurative drop of oud to give an exotic feel to this classic leather formula. As the rose and leather swirl together, this feels like the real fire dance within the fragrance. The base is another classically composed amber and patchouli accord which is where this ends.

Firedance has 16-18 hour longevity and above average sillage.

If you are looking for a new perfume brand to binge on Ruth Mastenbroek is a great one to experience. Ms. Mastenbroek’s emergence from the shadows into the spotlight shows a fragrant storytelling ability that is remarkable. While I think you should start at episode one I can say that episode four, Firedance, is where everything pays off.