When I got my first sniff of the Raymond Matts Aura de Parfum collection at the end of November I immediately felt it was something noteworthy. I spent a good hour going from strip to strip as I began my process of understanding what Mr. Matts was after. In the never-ending debate about the concept of olfactory art there is a school of thought that goes something like this; the use of synthetics is what separates artistic endeavor from commercial enterprise. Or more prosaically unnatural versus natural. I think it is a false argument and something to consider more deeply at a different time. What the Raymond Matts Aura de Parfum collection has added to my personal consideration is that in the hands of focused creative direction a perfumer can turn out something completely unlike anything in nature but yet which calls out to the familiar. Of any perfume in the Aura de Parfum collection Kaiwe is the one which exemplifies this best. 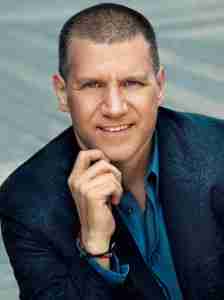 When I was doing my initial assessment Kaiwe was the one I kept coming back to over and over. It was because of this unconventional look at the concept of fresh and green. Kaiwe is described, at its most basic, as a citrus ozonic Ambrox fragrance. It should smell like thousands of other similar fragrances which fit that description. In some ways it was exactly that which had me returning to it over and over. It smelled so like so many but not like anything else. Perfumer Olivier Gillotin puts together three distinct accords but while they seem to tread old ground they really are a step off of the well-traveled path. 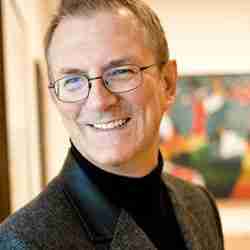 M. Gillotin opens Kaiwe with a citrus accord made up of the soapy group of aldehydes which is what I detect first. This is the smell of a freshly washed body stepping out of the shower. Cocktails of green synthetics and citrus synthetics coalesce underneath the aldehydes deepening the fresh feeling. This is an example of what I’m talking about; the synthetics M. Gillotin uses provide no discernable handle to grab ahold of. It smells citrusy but not obviously one fruit or the other. The green accord is slightly aquatic and opaque. It undulates to my senses almost like a sheer green scarf rippling on a breeze. The shifting nature of the green notes creates subtle kineticism. The heart again is comprised of floral synthetics such that it is not any one floral but aspects of many florals. A hint of green lily, a bit of violet, a pinch of jasmine; but not really. To make sure you don’t spend too much time trying to dissect the bouquet M. Gillotin adds eucalyptus and juniper berry. The eucalyptus almost single-handedly forms the ozonic feel. The juniper adds an icy gin-like quality. It sets up perfectly as another note from the liquor cabinet, rum, joins in. Then in a very unique take warm milk also enters the picture. This forms a bizarre never made cocktail of gin, rum, and warm milk. It is odd but compelling. I sure don’t ever want to drink it but I really enjoyed breathing it in. Kaiwe ends on a swirl of Ambrox adding its unique character to all that has come before.

Kaiwe is one of those perfumes I just want to wear over and over because every time I wear it I find something new to admire. It is my favorite of what is an incredibly diverse collection Mr. Matts has put together. If you are someone who equates synthetic raw materials with “cheap” I think this collection might change that opinion. I know that I find what Mr. Matts is attempting here to be laudatory for boldly staking out this space as well as creating with great vision. If you give this line a chance it can change the way you think about what makes a great perfume.

Disclosure: This review was based on a sample provided by Raymond Matts.