I am inherently an impatient person. During the Holidays every gift under the tree which had my name on it was thoroughly analyzed. I wanted to know what was in the box…Now! I am no different at the other times of the year. Once I get an itch for something I want it to arrive yesterday. All this is meant to let you know that one of the worst four-letter words for me is, wait. Except the creative director at Puredistance instructed me to do just that when he sent me my sample of Puredistance No. 12. 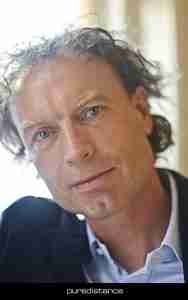 Jan Ewoud Vos has given me advice throughout the years on the eleven previous Puredistance releases. All of it has been important to my understanding and enjoyment of the perfumes. When he sent me the box with No. 12 in it, he warned me it was going to get better if I could only wait. He advised waiting at least 30 days for it to settle into its best form. Well, I couldn’t do exactly as he suggested. I thought the opportunity to experience the maturation of a perfume was something I could not pass up. So, I peeked in weekly. Spraying some on a strip every Monday and some on skin. This began a fantastic experience as I really got to know this perfume from M. Vos and perfumer Nathalie Feisthauer as it evolved in the bottle. 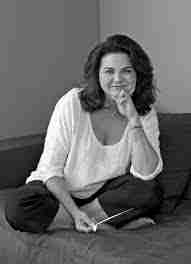 It took nine weeks for my nose not to detect a difference between two consecutive wearings. In each of those peeks I experienced a maturation as it became more expansive and fuller. In the first couple of weeks the focal point powderiness was far less than it would be weeks later. The Ambrox in the base was much more prominent in the first weeks, enough so that I feared it was going to deleteriously shape my opinion of the entire scent. By the end it becomes an integral part of it all. One of the few times where it provides the briny surrogacy of ambergris it was created to be. As the powderiness expanded and intensified, the Ambrox receded and supported to comprise a fantastic new composition.

The opening never changed very much as the combination of cardamom and coriander gave a fresh herbal beginning. The descent towards the powdery floral starts with a fleshy duo of narcissus and ylang-ylang. This was another part which was much more evident in the early weeks. By the time I got to the end they are more subtle setting a stage for the heart. That heart is constructed around orris, heliotrope and orange blossom as the powdery warhead of No. 12. Some vintage-like contrast is present in rose and osmanthus. This was another set of two ingredients which changed over the weeks. Early on they were less present than they would be later. That’s because Hedione is used to turn this into a cloud of powder. A glorious fog of iris tinted with the rose and Osmanthus which add complementary sparkles inside the cloud. This is such a fun piece of this perfume. It was like waiting for a ticking clock to strike the hour when this finally came fully together.

The base is meant to be a chypre. For the first couple of weeks, I was dubious because the Ambrox was being its overbearing self. I could detect the pieces down there under the monolith, but I didn’t think they were going to be allowed out. This was the most dramatic part of waiting. Each week that chypre became more pronounced. The sandalwood, vetiver, oak moss, and patchouli slowly formed despite the Ambox. Then on week seven a funny thing occurred. As the powderiness reached its apex it reveled a briny aspect of the Ambrox. It transformed the base accord into a compelling briny chypre.

Puredistance No. 12 has 24-hour longevity and average sillage in its extrait form.

The last couple of months I’ve spent watching No. 12 unfold has been one of the most rewarding things I’ve done as a perfume writer. I’ve never felt the vividness of the development of a perfume more clearly. All I had to do was to follow M. Vos’ advice and wait for it.