As appealing as pretending to be a pirate was as a child, I have to admit the idea is even more appealing as a man in his 50’s. I am pretty sure I’m not alone in the idea of a life on the ocean living on the fringes of the law having appeal as we get older. When I was a kid with an eyepatch and a plastic sword I also nipped into my dad’s bathroom to get a bottle of rum, bay rum. My father had a humongous bottle of Pinaud’s Bay Rum. I used to sprinkle a little in my bandana to smell authentic. Bay Rum also played a large part in my haircuts as it was the spicy finish to a visit to the barber. I can honestly say I haven’t given Bay Rum a thought in twenty years, easy. Thanks to one of our most talented Natural Perfumers, Charna Ethier, who has released Bay Rum under her Providence Perfume Co. label, it has plundered my consciousness.

Ms. Ethier wanted Bay Rum to pay homage to Newport, RI which was at one time the rum capital of the world. Bay Rum is as simple a fragrance as it gets as sailors in the West Indies took bay leaf and let it soak in some rum. That has been the formula for hundreds of years. Ms. Ethier takes that most basic of formulas and adds a little bit more of the fragrant beats of a pirate’s existence. This turns her Bay Rum from something focused into a fragrance which has a much wider perspective. 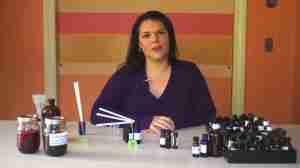 Ms. Ethier stayed true to her Rhode Island roots and contacted a local rum distiller to provide the rum. This provides a rich boozy foundation for everything else to be added to. Most importantly the other part of the name, a real West Indian bay leaf. On the top of this she adds a bit of tart lime to ward off scurvy. Her choice of allspice takes the bay leaf and transforms it into something less piquant and more elegant. I would venture she spent some time finding the right partner for the bay leaf and allspice is absolutely the right one. A pirate hides in a cove surrounded by flowers growing from the trees and in Bay Rum Ms. Ethier adds jasmine and ylang-ylang to remind you that you are in the tropics. The last addition is a wonderfully briny ozonic sea spray accord. When you are on a boat at speed and the spray is being flung up into the air as the bow cleaves through the wave, is what this accord smells like. It is what turns Bay Rum into a voyage on the high seas while wearing it.

Bay Rum has 10-12 hour longevity. Ms. Ethier has made a very long lasting version of something which is not known for its longevity in other forms. The sillage is average.

Ms. Ethier is really broadening her abilities as a perfumer as Bay Rum shows she can take something elementary and add to it without disrupting it. That is much easier than it sounds. Bay Rum is a success because every additional note she chose to add had its place within the existing structure. I am loving Bay Rum because Ms. Ethier has made a Bay Rum for this perfumista in his 50’s which allows me to let my inner child out to play; at the wheel of a ship flying the Jolly Roger. It is like finding a treasure, no ‘X’ necessary to mark the spot.

Disclosure: This review is based on a sample provided by Providence Perfume Co.